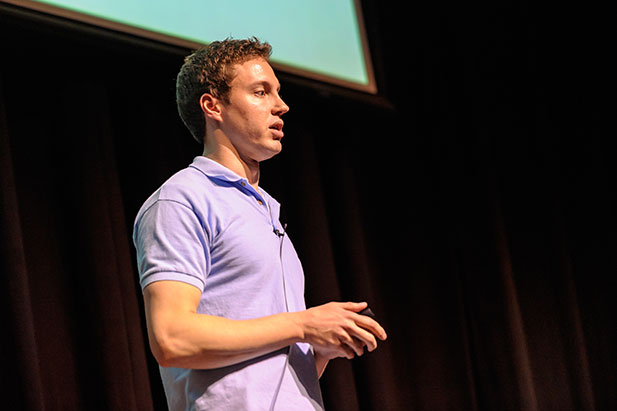 Working around the clock is nothing new for TrakBill co-founders Steven Marciniak and Sam Sullivan.  And, their hard work is paying off.  Literally.  Announced today, Cultivation Capital has invested $500,000 into their legislation tracking company.  This announcement comes on the heels of TrakBill winning an Arch Grant in May of this year as well as its recent graduation from the Capital Innovators accelerator program.

“TrakBill is a perfect example of an amazing company that is choosing to build and grow in St. Louis right now,” commented Clifford Holekamp, General Partner at Cultivation Capital.  “We are excited to give the TrakBill team what they need to continue its impressive growth.”

And growth is exactly what they’re planning.  They launched their federal platform on Monday, which included a complete restructuring of their database and a brand new user interface.  Not only will this update to their system allow them to grow at an accelerated pace, but also their website is now completely mobile friendly, allowing users to track federal legislation as well as legislation in Missouri and Illinois from any mobile device.  And that’s not all.  Their recently launched iPhone application will also be getting an update over the next week or so, and they plan on launching their Android app within the next month or two.

When I talked with Marciniak this week, it’s safe to assume that he was tired.  But, you’d never know it from speaking with him.  His enthusiasm was clear, even after he told me about working 16 hour days and how Sam was basically working around the clock in preparation of their federal platform launch on Monday.  He also talked about how great it is to work with Cultivation Capital, and that Holekamp will even be joining TrakBill’s board, which will undoubtedly be a great addition for this startup.  He also shared some advice for up and coming entrepreneurs.

“I would say you’ve got to work smart, but you also have to work really hard,” said Marciniak.  “You have to put in a lot of time.  When we were first getting this off the ground, you run into a lot of obstacles.  But if you believe in what you’re doing and you’re developing something that’s going to benefit a lot of people, that’s what kept me going.  If you believe in it and you have the support network around you, you’re going to do well if you just keep going with it.”

From here, it’s likely that TrakBill will continue to burn the candle at both ends.  They’re looking to add four new developers to their team as they begin focusing on adding the rest of the 48 states to its database.  With these new team members, their goal is to add a new state every week.

To learn more about TrakBill, see our coverage of this exciting STL Startup at the links below:

TrakBill Makes It Easier And More Efficient To Track Legislation