At 36.7M Frames Per Second, STEAM Camera Proves To Be Powerful Cancer-Detecting Machine

Developed by a UCLA team headed by physicist Keisuke Goda in 2009, the device was built using entirely off-the-shelf electronics and fiber optics. Initially designed to handle super-fast situations that change unpredictably, such as combustion and laser cutting, it has quickly developed into a powerful cancer-detecting machine. 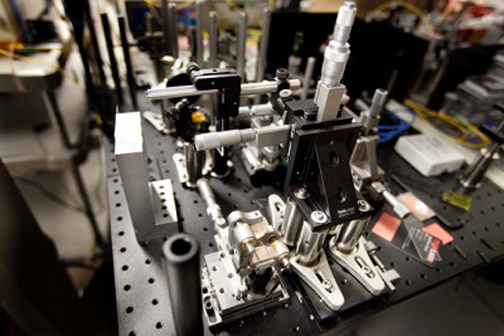 According to Dr. Goda, tumor cells circulating in our blood stream or lymphatic system are pre-cursors to cancer metastasis, cause cancer to spread, and are responsible for 90 percent of cancer deaths. “The biggest problem in detection of such cells is that these cells are extremely rare- one in a billion blood cells,” says Goda.

The STEAM camera provides an elegant solution to this complicated and pervasive problem. Earlier this year the research team integrate the STEAM camera with a microfluidic chip and a high-speed digital image processor. Armed with this new technology, the camera can now take pictures of all the cells in a large population and analyze them in real time.

According to Goda, the cutting edge device now harbors an unprecedented false-positive rate of one cell in a million. “With the power of imaging, we can recognize morphological and biochemical features of cancer cells (circulating tumor cells) in blood with high precision,” says Goda.

The key component of the STEAM camera is an optical image amplifier that amplifies a weak optical signal from a biological sample before detecting the signal with a photodetector. “This overcomes the trade-off between sensitivity and speed – a predicament in virtually all cameras,” says Goda. This new amplifier is also sensitive enough to keep surrounding healthy cells untouched. This means that in the future STEAM may detect and help prevent cancer spread faster, uninvasively, and more cheaply.

The STEAM Camera in a nutshell

Unlike its conventional digital brother, the STEAM (serial time-encoded amplified microscopy) camera collects 2-D images using streams of light. It does so by shining light pulses of various wavelengths onto the target object, then feeding this reflected light into a fiber optic cable. Depending on the wavelength, some light travels faster or slower, and so the pulses “arrange themselves” into a readable image, which is then amplified and read by a photodetector (light detector).

What’s in store for the next five years?

While the camera is still in the R&D stage, it is advancing rapidly, says Goda, garnering the interest of a few companies interested in commercializing the cutting-edge technology. For now, it is under clinical studies at UCLA, which will take a few years to complete, with current plans to test out the camera by snapping images of circulating tumor cells from all forms of cancer, including lung, breast, and stomach.

With such glimmering promise, the STEAM camera inspires researchers like Goda to push towards the future: “I am passionate about …optical imaging, microfluidics, and information technology that resulted in the great innovation,” says Goda, “I am excited to see how this technology evolves into a really useful product and potentially saves millions of cancer patients.” 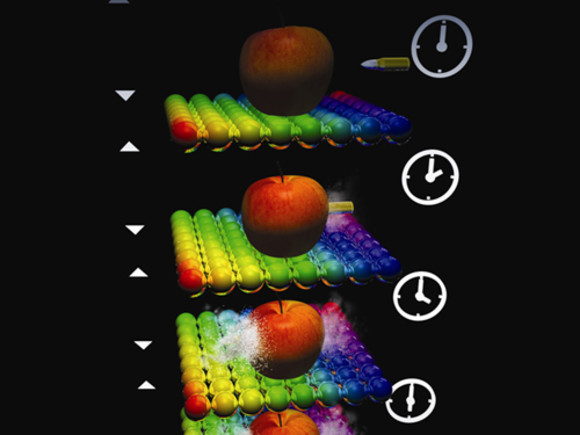