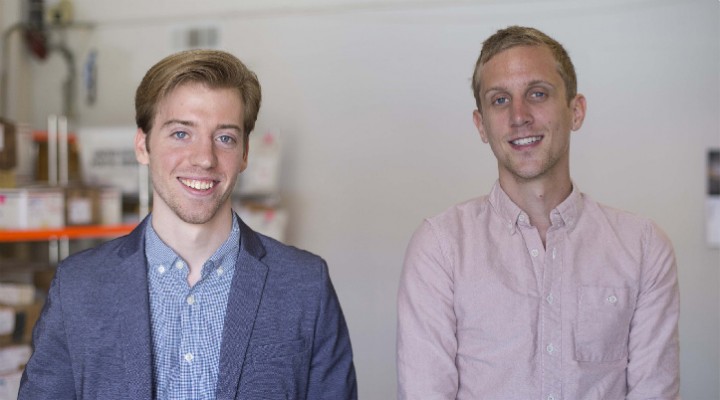 Founded by Marshall Haas and Jon Wheatley (who detailed why he left San Francisco for St. Louis here), St. Louis startup NeedWant‘s tagline is, “We try to make products that solve problems and sometimes write about it.”

NeedWant’s newest product is called the Mod – a notebook that, “syncs with the cloud.”  The premise is simple- the notebook is full of blank pages and, once full, also includes an envelope for the owner of the notebook to send it back to NeedWant, who then digitizes all the paper in the notebook so the owner has a digital copy of their notebook as well.  More info after the video:

“We do this all the time,” said Haas when asked about the creative process for Mod. “We come up with ideas of how we would improve something. In this case, we asked ourselves, ‘How do we make a notebook better?'”

The team did a kickstarter campaign for the original version of Mod as a subscription model but quickly figured out the model wouldn’t work. They took down the Kickstarter campaign, rethought the business model and decided to sell the Mod themselves with two options for purchasers: The first is for people who do not want the notebook back after they send it in, and the second (which costs $10 more) is for people who want to get their Mod back after it is digitized.

NeedWant is not only selling the Mod on themselves, they are launching with partners. Timed with their launch is the announcement that Evernote and Microsoft One Note have signed on as partners. “Mod owners will be able to sync their notebook with Evernote or Microsoft One Note, which really adds values for our customers” said Haas.

Mod launches today and details for purchasing are available on NeedWant‘s homepage.