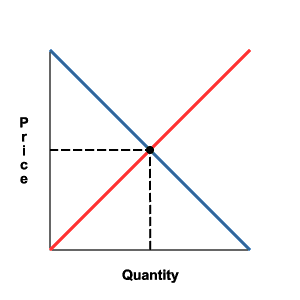 The web is becoming social, and startups are jumping to capture the investment dollars. With business models and advertising effectiveness in question, it’s hard to valuate such ventures — unless you’re versed in Social Media Economics.

Social Media Economics is the social science that analyzes the production, distribution, and consumption of content amongst online social outlets.

What does this mean? It means treating social networks as if they are countries in the world economy. Each post is equivalent to a good or service, sharing is equivalent to trade or distribution, and clicks/viewsare the equivalent of someone purchasing or consuming the post.

Taking this logic, you can then apply the modern economic growth function — Y(f) = L, K, HC, T. Within that equation, Y is GDP or total economic output, L is labor, K is capital, HC is human capital, and T is technology. Together, these factors determine the worth of an economy.

History of the Social Media Economy

In his book “Cognitive Surplus”, Clay Shirky speaks of a spare-time revolution where people shifted their habits from watching mindless television to actively participating on the web. When that happened, productivity skyrocketed. Instead of sitting back and consuming, people began to blog and create other content (the equivalent of goods and services) such as Wikipedia. In short, they joined the social web, the labor force of the social media economy.

As the labor force grew, investors started to invest in startups working to take advantage of the demand. With this capital, the development community was able to learn (increasing human capital) and create new technologies that made it faster and easier for people to share content.

These pioneers failed to remain profitable, sparking the burst of the dot com bubble in 2000 — which ultimately triggered a recession throughout the social media economy. Although the companies didn’t survive, their innovations did — culminating in the creation of MySpace, Facebook, Twitter, and all the other social media outlets.

This brings us to current day.

With ample amounts of all four components, posting (economic output) is at an all-time high — 5 billion posts per week on Facebook alone. Here is where the problem lies.

The social web is focused on the production of content rather than the consumption of content. Look at any interface and you’ll notice that the ‘status’ bar is the most prevalent, typically sitting in the top-middle of the page. In doing so, the outlets throw the market out of equilibrium with supply being greater than demand.

For those unfamiliar with economics,  when supply is greater than demand, the price of products plummet. This explains why 2/3 of all tweets are ignored, and why determining a profitable business model for social media companies has been so difficult.

How Social Startups can Succeed

Social startups need to focus on increasing the consumption (demand) of the content, rather than the production.

To achieve this, they have two options:

1) Find ways to lower the barriers to sharing in order to improve the distribution and reach of each piece of content. As reach increases, so will consumption, thus restoring the model to equilibrium. With this strategy, the business model will mirror that of print publications, who charge more based on the size of their circulation — CPM in web terms.

2) Find ways to lower the cost of discovery, allowing users to proactively search the content within the platform just as they would in a search engine. This strategy would also reset the equilibrium, and would allow the company to implement a paid search business model.

In conclusion, just because social media is social, doesn’t mean it breaks the laws of economics. All of the basic models still apply, and if companies don’t start paying attention, the revolution will end just as fast as it began.