Home > Blog > Bing Update Rolls Out For US Users, Pushes Social Search In The Fight Against Google

Bing Update Rolls Out For US Users, Pushes Social Search In The Fight Against Google 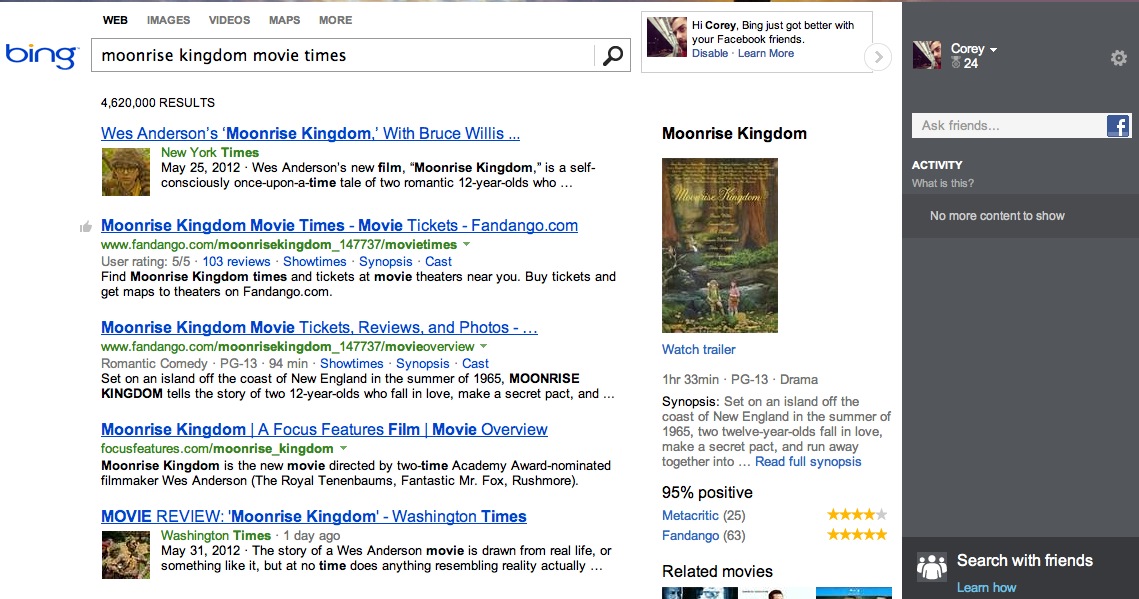 After announcing the slew of new features coming to the Microsoft search engine a few weeks back, the all-new Bing has been rolled out to users in the United States this week. The update brings refined searching and a social feature that the company hopes will give it a leg up over search giant Google.

The revamp of Microsoft’s search engine has brought a great deal of improvement to the layout and retrieval of search results, offering a new three column search window. In addition to refining the search results on the left by removing results from social networks, a central column provides related search results or “Snapshots” of critical information when relevant to the query, like maps for directions or reviews for a restaurant search.

The biggest feature of the Bing update is social integration, located in the third and final column at the right of the page. When a user searches with Bing the column will bring up any friends on their Facebook network that may have something to do with the topic they’re investigating. A Chicago Transit Authority schedule search, for instance, brought up all of my Facebook friends who have ever lived in Chicago. The feature allows users to connect with friends to ideally get recommendations or further information in the same way that people do in real life. Microsoft is hoping the new social integration will be Bing’s big killer app over Google. 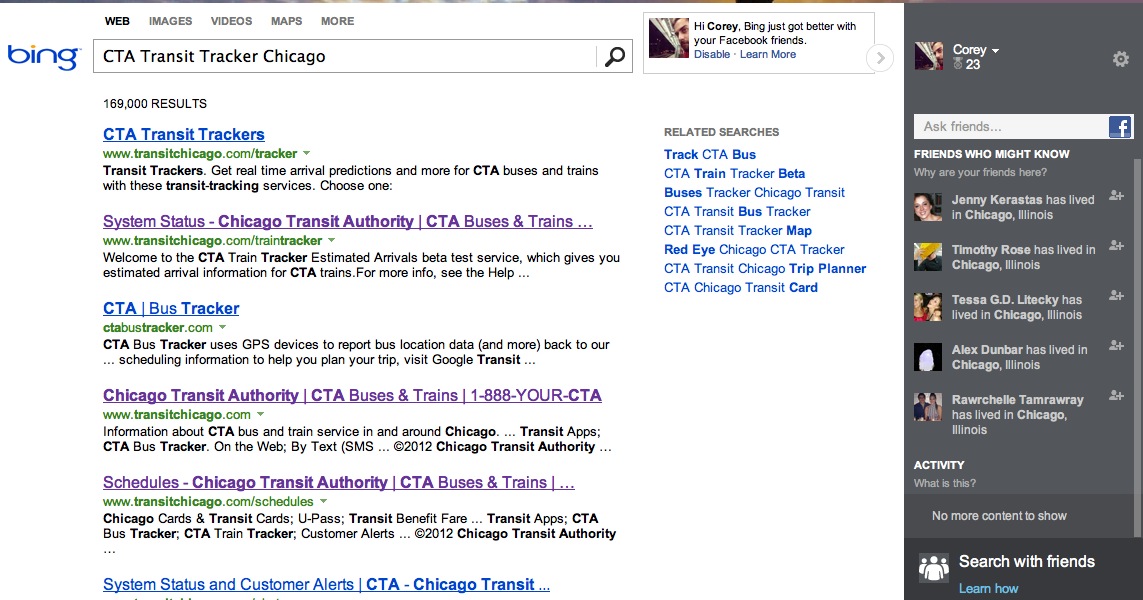 The company has even launched a new advertising campaign to accompany the search engine improvements, titled the Bing Summer of Doing, which has been “designed to inspire people to do amazing things this summer.” The first video ad highlights the new social column specifically, depicting a trip to Hawaii whose activities are largely the result of friend interactions in Bing’s new third column. Microsoft plans to run the ads during upcoming television events like the MTV Movie Awards and Mad Men’s season finale, as well as online on Hulu and Spotify.

Following the release of Microsoft’s social learning network So.cl late last month, it looks like the software giant is ready to put all of its weight behind social search in the fight against Google. But will the refinements and social features make enough of a dent to put the Pepsi of search engines on top, or will all the innovation have been for nought?

Let us know how you’re liking Bing’s newest features in the comments below.

Google Plus Gobbles Up Google Places, In Ongoing Social Push