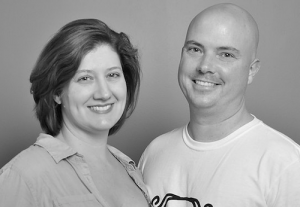 In 2009, what is now Shortlist was called A Space Apart, an internal facing social network run through coffee shop WiFi networks. When logging in to the network, patrons could log into the service with one of their existing networks and see who else was also at the coffee shop and what they were doing.

Jason Goodrich, the co-founder and CEO of A Space Apart and Shortlist, said that people in these cafes probably had a lot more in common than they thought. For one, they probably lived in the same area. Maybe both had come down with a bad case of writers’ block. Jason was trying to tap into the unused potential of simply sharing a public space. By traditional social norms, it’s unusual, not to mention awkward, to approach a random person in a coffee shop and strike up a conversation. However, talking to a stranger online has been completely normal since the early days of AOL chatrooms. Through A Space Apart, you could chat to your fellow coffee shop patrons and just say hi, or perhaps end up collaborating on your mutual writers’ block. 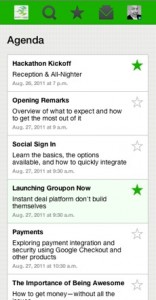 Though A Space Apart was an extremely innovative and original idea, Jason said it would have taken an enormous amount of work to produce quantifiable revenue and would most likely have to include partnerships with WiFi providers. “In order to have traction, it needed to be on a larger scale,” he said. Subsequently, Shortlist was born. Shortlist is an app that “helps smart people meet faster” at conferences and events.

Jason gives the example of when he and his wife Gretchen (co-founder and COO of Shortlist) attended South by Southwest in 2010 in hopes of making connections. They spent a lot of money and time to get there, but had no idea what their next move was once they got there. Just like at a coffee shop, it can be difficult to approach someone at a conference and have a useful and relevant conversation. There are probably hundreds of potential connections in your midst, but how to find each other and meet is another story. Not only is Shortlist beneficial to attendees, it also helps exhibitors evaluate their ROI and if they are attending relevant conferences and events or just wasting time and money.

The app is free to organizers and attendees. Shortlist plans on gaining their revenue through premium visibility upgrades for exhibitors, relevant leads, and advertising. The organizers customize the app from the backend, creating their own personalized speaker lineups, sessions, etc. This eliminates the need for expensive apps that cost $50,000 to make but are only relevant for the 3 days during the event, often trying to “pull the most money out of the smallest pockets,” as Jason puts it.

“I can’t imagine wanting to hear about a particular event 365 days a year,”said Gretchen in their Launch.is article. “We go the other way. Shortlist is a launch pad. It’s sort of a temporary place to come together, do this networking and then take those connections you make back into the real world and to social media sites.” 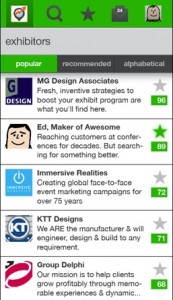 Most professional networking platforms, like LinkedIn, focus on the end of an introduction, as opposed to the whole process. “People are terrible at following up, including myself,” said Jason. Shortlist allows attendees to get an idea of who will be at the conference beforehand by syncing with systems like Eventbrite. Once you’re at the event, you can contact the people you want to connect with via Shortlist. You can “check them off” as you meet and connect and Shortlist will save their information. You can also add comments and notes about how you met and who they were, etc. Shortlist also integrates your already existing social networks into the app. Shortlist is immediately useful, but even more useful after an event said Jason.

Shortlist and their 4-person team (including Product VP Chris Courtney and Developer Brantly Harris) spent the last 3 months at Excelerate Labs and will continue to stay there until they outgrow them. They presented at Demo Day and were very well-received. “The big lesson of Excelerate is if you want to grow your business you have to focus focus focus,” Gretchen said in their Launch feature. “Focus or die. You’ve got to find a market that’s screaming for this technology.” Shortlist debuted their private-beta version at Social Dev Camp last month and is in talks with a few large association management companies.

With Chicago’s ever-burgeoning tech scene and over 2,000 association headquarters, it looks like Shortlist won’t have any problems finding a market. Check out their demo video below and follow them at @shortlistme 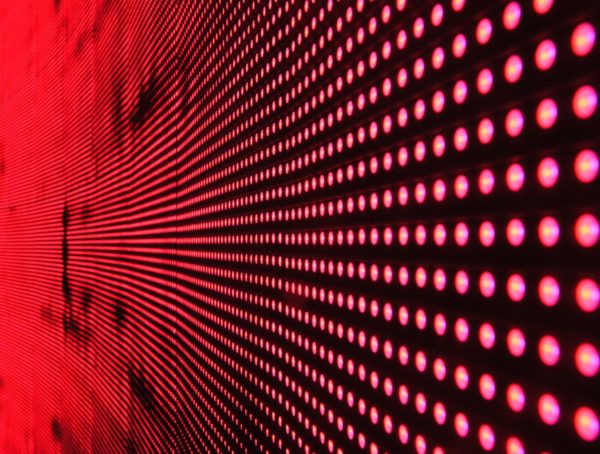