Are you still searching for television commercials on YouTube? Let me guess… You wade through the results trying to find the official commercial from the brand, and then accidentally click on someone’s video of their television, right?

Stop.  There’s a better way thanks to iSpot.tv.  After all, you just want to see “Ron Burgundy” talk about the Dodge Durango or the new “Lazy phone” commercials from Motorola.  Well, now you can view it in HD along with iSpot’s 1.3 million other unique monthly users.  In addition to that, you can even see where the commercial recently aired on television, the actors included, and the agency that produced the ad.  But that’s only the beginning from this Seattle-based startup. 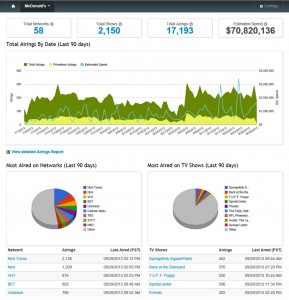 Announced this week, they’re making available an analytics dashboard for brands, agencies, TV networks and analysts to track a variety of key performance indicators, including which networks and shows the spot aired on, estimated spending, and more.  Users can also track placement patterns, creative choices, and spending levels across an industry vertical or per campaign.

“We’ve put together a real-time window into the TV advertising world,” said Sean Muller, founder and CEO of iSpot.tv.  “Now [we] have over 40 paying customers including some of the world’s largest networks, brands and agencies.”

The company has offered early beta access since June, but today it’s available to anyone who wishes to sign up.  As the first real-time TV advertising intelligence platform, tracking over 35,000 national TV ads, movie trailers and even show promos, it utilizes proprietary fingerprinting and tagging technologies to share TV spots and industry insights as they happen.  In a $60 billion market, brands need the ability to track their investments in real time.  Before iSpot.tv, companies were reliant on data that was anywhere from 3 weeks to 12 weeks old.

“With everybody now watching TV with their phone and devices in hand, there are massive amounts of people looking up this information constantly,” said Muller.   “So that’s really what inspired us to put this together and launch this. Today, we show up in more than a million searches a day around TV ads, so we have unprecedented visibility into how consumers are interacting with ads as well.”

In addition to launching their analytics dashboard, the company also announced closing on a $5 million round of financing led by Seattle-based Madrona Venture Group.  While he wouldn’t share too many details, Muller did comment, “One of the reasons we’re raising these funds is really for what we’re developing now as to understanding how consumers interact with this content.”

While we’re not quite sure what that will look like, iSpot.tv’s founders are certainly an intriguing lot.  Muller and “a team of technical wizards” founded this new venture 17 months ago, and they’ve grown very rapidly.  So rapidly, they haven’t even taken a moment to celebrate, well, anything.  “To us that’s not a big deal,” said Muller about closing their Series A financing.  “To us the big deal is the product we’re launching into the market and we now have a lot of traction with.  And honestly, we’ve been too busy and haven’t spent a lot of time thinking about it.”

Don’t let that fool you, though. Just because they haven’t celebrated their early success, doesn’t mean they aren’t very excited about the opportunity to let brands and agencies really understand the competitive landscape.  His enthusiasm was evident throughout the entire conversation.

Maybe they’ll be able to take some time later this fall, when we’re scheduled to learn more about their development of more real-time products to add to their already impressive analytics dashboard.  In the meantime, Muller shared the following advice for up and coming startup entrepreneurs.

“Go with your gut.  If you spend a lot of time listening to others you may get your signal really mixed up,” said Muller.  “So really just go with your gut and really understand and try to find areas that are really underserved.”

Our advice… Celebrate your success, even if that’s just five minutes to high five your team.  You deserve it!

SLU And Gonzaga Tinker Their Way Through Design And Prototype 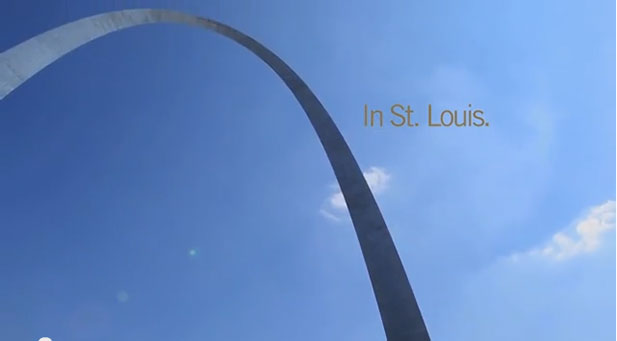 The Words Get In The Way: Do Your Thoughts Need Subtitles?