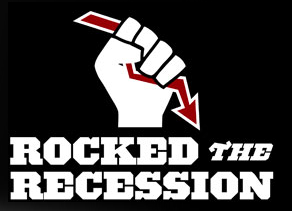 Being an entrepreneur launching a new business in the worst economy in 70 years has been exciting, to say the least. As I have met with entrepreneurs all over the city and at differing stages of their business growth, I realized that many of the people I was speaking with had valuable insights that other entrepreneurs could personally use.

It goes without saying that there are a multitude of conferences hosted in any given city but I really felt as though there wasn’t a conference devoted to the small business owner at every stage of their journey; thus “Rocked the Recession” was born.

Part of my personal business plan called for hosting tech themed events but with Rocked the Recession my partner (Jess Loren of Social Tech Pop) and I, we felt there is a window as The Great Recession Ends and (knock on wood) The Great Recovery Begins for entrepreneurs of every stripe to take stock of where they are, what they expect for 2011, and how other entrepreneurs are getting it done themselves. In other words, not only surviving but thriving.

Planning a conference is an education in itself and has many moving pieces but once the decision was made to do it, it was interesting to see the speakers we lined up show their interest in hearing the other speakers’ stories. Curiosity runs deep in entrepreneurs’ veins and our lineup is no different.

Rocked the Recession is an Entrepreneurs’ conference running two days on Dec. 9th and 10th in Chicago and is aimed at Entrepreneurs of all stripes. Dec. 9th is a series of workshops on topics like “Blogging for Business,” “Entrepreneurs’ Legal Issues,” “The Art of Funding” and several other related topics.

On December 10th the main event takes place in Loyola University’s Mundelein Auditorium where panels of business experts will speak on panels relevant to their experience and expertise. Mike Evans, cofounder of Grubhub will be the morning Keynote Speaker and Doug Walker of the immensely popular That Guy With the Glasses will speak as keynote to close out the conference.

Chicago’s very own Bob Rohrman (of the Bob Rohrman Automotive group) will be sharing his experiences on a panel called, “Batting 1.000,” while on the “Get Up Start Up” panel we will have entrepreneurs in startups like Jeb Ory of “The App House”, Ben Reid of “The Foodie Registry” and Kevin Wielgus of “Jabber Jury”.

The point of the conference is for an entrepreneur that attends to get a 2-day education in what types of things work in building a business and what kind of pitfalls to avoid. Mark Papadas of “I Am 4 Kids” will talking about selling even though he runs a non-profit (yes, even non-profits have to sell). Mark is joined by Ruth Ratny, Chicago’s “First Lady of Film” and winner of the 2010 Hugo Legends Award.

There is also a panel headed by representatives of venture capital and incubator firms. Chicago’s own Lightbank and Syncubator are among the panelists on “How to Work with Venture Capitalists and Incubators.”

Setting a goal of “learning how to be an entrepreneur in 2 days” is a lofty one, but entrepreneurs are a cocky bunch to begin with and giving up is not in their vocabulary. When we decided to enter the conference space, we knew it had to be different than what had come before and to our knowledge, no one was doing a conference with workshops like the one we came up with.

Convincing sponsors to sign onto a new conference idea isn’t easy either. It all depends on the quality of the people involved and the value they perceive they will get out of being a collaborator. It helped that Flyover Geeks’ brand was starting to permeate Chicago’s scene as well as the reputation of Social Tech Pop’s Jess Loren. Jess ran a daily deal site that was a direct competitor to Groupon before it was sold to a larger company.

Part of the excitement of being an entrepreneur is taking on new challenges and developing a conference is no exception. The thrill for myself in doing so is that I am not only moving my own brand forward but am able to contribute to the Chicago business ecosystem by providing valuable insight to attendees as well as helping everyone involved in making valuable business connections. 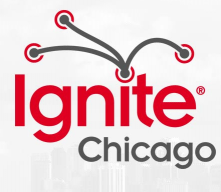