Present Bee is a new startup to emerge from Northwestern University led by graduate student Swathy Prithivi who is earning her M.S. in Marketing in a joint program with cross over from both the Medill School of Journalism and Kellogg School of Business.

I recently sat with Swathy to discuss Present Bee, how it came to be and where it is headed.

“Present Bee was born in a class at Northwestern called NUvention and was easily the best course I have ever taken in my academic career,” said Prithivi. She received her undergrad at Georgia Tech where she stayed for an extra academic year so she could take more classes despite having fulfilled her degree requirements.

“I was recruited by a logistics & supply company and moved to Singapore to do logistics management for them,” said Prithivi, “but I really wanted to get my Master’s and came to Northwestern after my contract in Singapore was up.”

“To get into NUvention, students had to apply,” said Prithivi, “and part of the application was an essay where students had to reveal not only what they wanted to get out of the class but what they brought to the table. Not just anyone got in.”

The class was then split into teams based on area of interest and Prithivi was placed on the Marketing team where she lead students ranging in age from 19-29.

“It’s a fast paced class and we had our prototype done by March of 2010 and officially went live on Monday, October 18th.

Present Bee lives on the web integrated with Facebook login functionality, which protects against the possibility that if Facebook changes its look (as has been its wont) Present Bee can still operate at 100%.

At its core, Present Bee is a gift recommendation engine with a twist; by signing in with your Facebook login, a virtual “wishlist” is created for you but, amusingly, you aren’t allowed to see it.

Your friends and family do get to see your virtual wishlist and they can add gifts that they think you would like. Present Bee’s algorithms use this information to then make recommendations to people shopping for you and can even make purchases through the site. Luckily, just in case Mom gets carried away adding too many cute sweaters with animal faces on them, Present Bee checks the recommendations of everyone contributing and also allows users to vote on other peoples’ recommendations; the more people that make suggestions to your list, the better Present Bee gets at deciding what to recommend to people shopping for you.

Present Bee is also watching you on Facebook- when you like a band, a movie, a book or Marty McFly’s self lacing Nikes it remembers that too and uses it in its recommendation engine.

Present Bee is also working with retailers so gift buyers can receive a recoomendation for a gift and then buy it right away through Present Bee’s retail partners’ online stores.

“Recommending gifts for friends is fun,” said Prithivi, “and when people start trying Present Bee with their friends its neat to see them get excited. In addition to all this great functionality, there are some new features coming too.”

Present Bee plans to let user specify things on their wishlists for shoppers such as dress size, shoe size, books they read, etc. As stated earlier, the more data that gets fed into the decision engine, the better it gets at choosing gifts. Present Bee is also working on “Honey Points,” which are virtual points earned just by participating with Present Bee.

Right now Swathy and the team are actively seeking out venture capital and are very interested in feedback from users.

Have you tried Present Bee? If so, let us know how well it works in the comments!

Chicago’s Jabber Jury Raises $1.2 Million; Web Will Not Be The Same 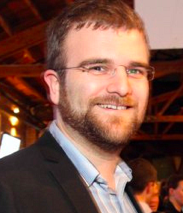 Technori Launches; Is a Celebration of What Makes People Entrepreneurs