Polarfox Does The Image Sharing For You 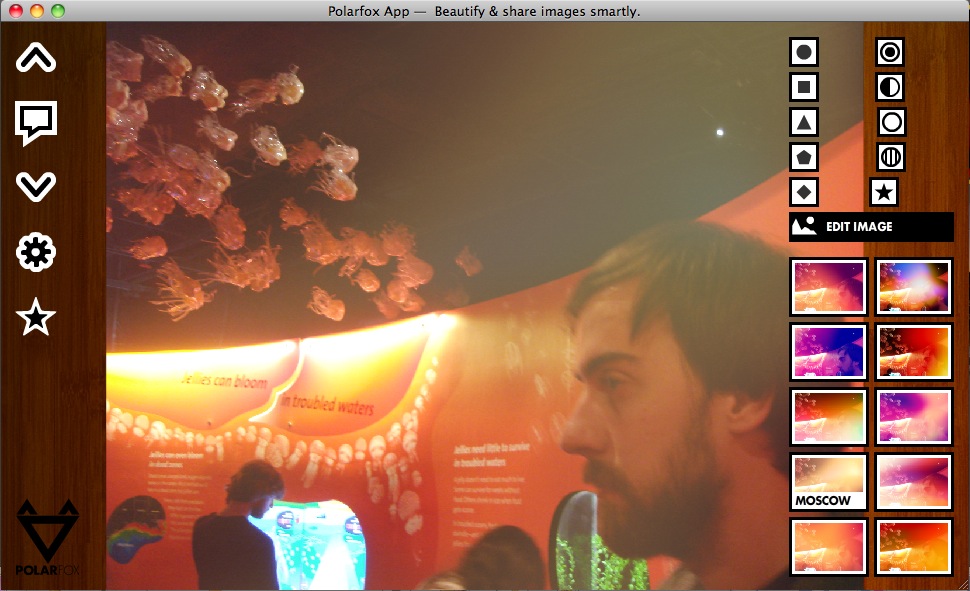 THE GIST: Polarfox is a very slick flash application that allows you to edit, caption, and upload images to a range of websites, including Facebook, Twitter, Blogger, and more. You can enter your mobile upload email address in the settings for each website you’d like to use. Once an image is added, a large preview appears with some basic settings like brightness, contrast, saturation, and hue, as well as some interesting filters to mess with. When the picture looks just the way you want it, click the chat bubble, add a witty caption, and choose which sites you’d like the image and text to appear on. It’s a simple alternative for those users who don’t want to mess around with Photoshop or other more complicated applications, and an easy choice for users who frequently posts images to multiple websites.

FOUNDERS: Andre Weier is the sole founder and CEO of Polarfox.

BACKGROUND: Polarfox was created entirely by Weier, who is freelance communication designer from Germany. Weier said the idea for Polarfox came from a service he had already been working on.

Due to the development of my action painting web app Drips in end of 2010, I had the idea to use the ‘mobile email publishing’ aka ‘upload by email’ feature of Tumblr to let people add their paintings directly to an online gallery. I extended that idea for Polarfox. I researched possible services for inclusion, built a rough prototype and tested their stableness, options and limits.

BUSINESS MODEL: Polarfox is currently free in its Beta stage, though the website encourages donations. Weier said that “weekly sponsorships will be available soon.”

COMPETITION: Weier pointed out Polarfox’s simplicity and multipost functionality that makes it stand out amongst other services. An additional advantage is that the application allows users to post using website’s upload by email feature, instead of having to give out usernames and passwords.

INVESTORS: Polarfox is currently funded entirely by Weier himself.

TARGETED CUSTOMERS: “Basically anybody who likes to share and edit images without getting overwhelmed by too many features and possibilities. Social network users, blogger, photographers, web designer, graphic designer, creative people. Anybody with any kind of digital camera and a computer.”

INSPIRATION: “While updating my social networks and blogs with some of my latest design work, I found myself copy and pasting the same titles, captions, tags and uploading the images over and over again to each single service. While I like to post stuff online and get feedback on it, it was becoming too time consuming and also not a lot of fun anymore. Editing the images for online usage and launching programs such as Photoshop for simple image corrections, image resizing and filtering is also a bit overloaded and too slow. So I came up with the idea to create a smart desktop app to do it all with some simple clicks.” 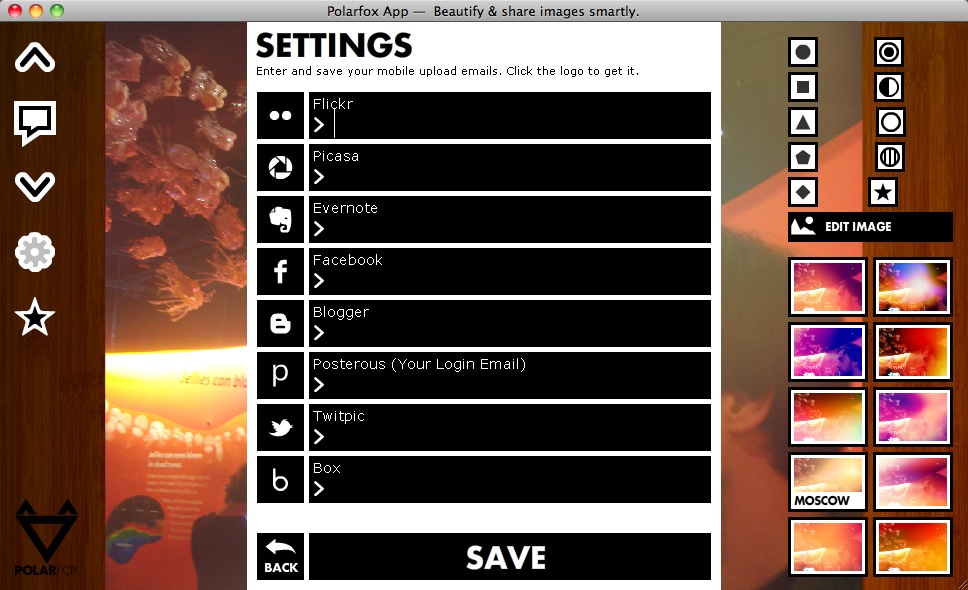 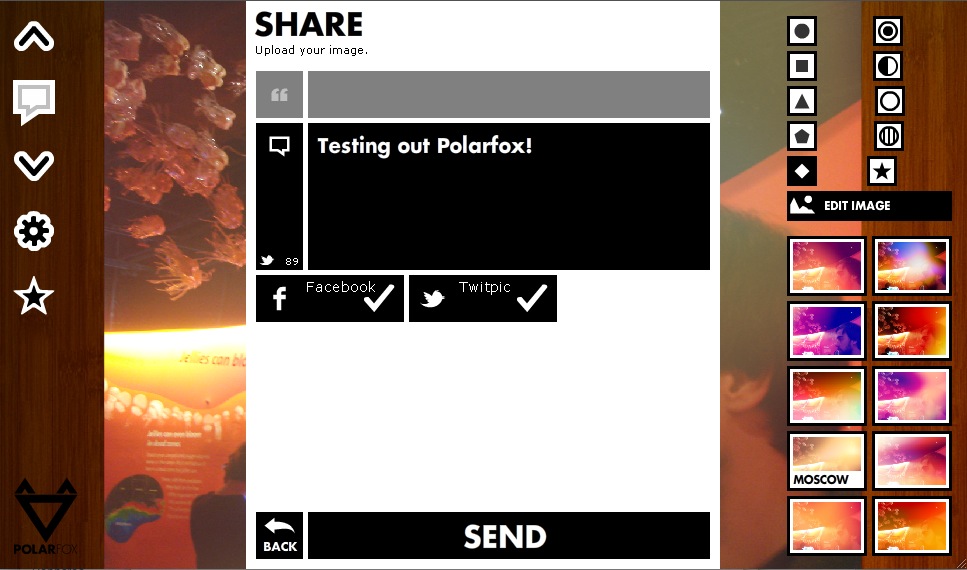