Thirty million people across America do not have a bank account. With no access to mainstream financial services, checking or savings account, the underbanked population has started to be viewed as an area of the market un-catered to.

One such startup, PawnGuru, has turned the pawn industry, into an alternative for those unable to use ATMs and unconvinced by traditional banks.

Based in Detroit, PawnGuru has eschewed credit scores, credit cards and loans, and instead allows current and new customers access to America’s leading and local pawn shops.

The online platform allows consumers to receive offers for items they want to sell or pawn from pawnshops in their local area via email or text. In turn, pawn shops now have the ability to gain easy access to an entirely new customer base. When taking out a loan isn’t an option, PawnGuru can suggest what items are selling well, and where you can go to sell them, allowing the underbanked access to liquid cash.

Developers of PawnGuru have brought this US$15 billion transaction industry online making the buying, selling and pawning of used goods more available for customer and pawn shops alike.

The startup has already provided a financial lifeline to its 500,000 users. PawnGuru’s major marketing event launches tomorrow, Friday October 27: “Pawn Friday,” the first pawn shop sales event, offering high-quality goods such as Rolex’s and Xbox’s, at a discount. The event will provide access to over 1,000 pawn shops in the country partnered with PawnGuru through their www.pawnguru.com/pawnfriday page. 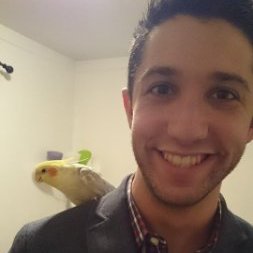 “Pawn Friday will be an awesome shopping event for consumers looking for great deals, but its purpose is much larger than that,” says co-Founder Jordan Birnholtz in a press release. “Pawn shops provide a critical financial lifeline to underbanked consumers. There’s no need for people to be forced into a never-ending spiral of debt through payday loans and the like when other life-saving financial options, like pawn shops, exist.”

The event will not only kick off the holiday season with the best deals, but also shine the spotlight on how the pawn industry can directly help this large group of society with little, or no, access to traditional banking services.