Home > Blog > How My Dead Hard Disk Saved Me 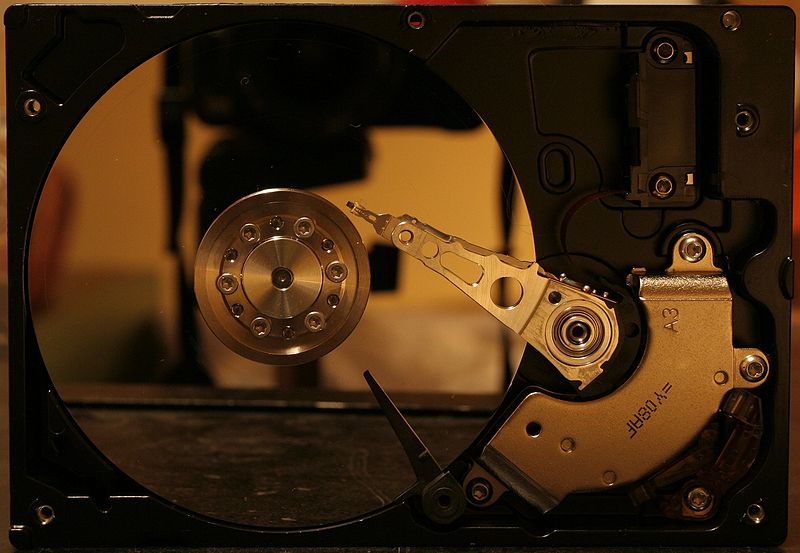 How My Dead Hard Disk Saved Me

On Tuesday morning, when I usually publish my posts, I experienced one of those freak technological occurrences which remind users that their lives are increasingly digital, that they’ve come to count on their gadgetry’s continuous functioning, and that, day-to-day, they’ve placed a certain reverential faith in their machines’ seeming infallibility. I woke up to find my computer’s desktop frozen, its backlight off, and its fan roaring. I did a hard reset of OSX, and heard a sweeping, crunching sound coming from my MacBook. My hard disk, as an understanding Apple Store employee told me yesterday afternoon, suffered a “catastrophic failure”. As opposed to any other kind of failure? My heads crashed. Spectacularly.

My post, which was supposed to go up Tuesday, was about the woes of networking. It’s gone, along with several weeks worth of work: documentation for the company I’m in the midst of founding, its business plan, notes and bookmarks to resources for startup noobs like myself, and the various legal documents I’d downloaded from Y Combinator and others.

I’m missing a half gigabyte of data. Sad times, right?

Most people in my position would be mourning the loss of this information right now. Some would be calling data-recovery companies frantically. Instead, I’m experiencing something approximating relief, with the occasional twinge of elation. Believe it or not. I consider this a blessing. Allow me to explain.

Remembering what my desktop and folders looked like, i.e. messy and crowded, I realize that now, for the first time in my digital life, I am presented with a blank slate. Not to get too poetic here, but I have the opportunity to more or less completely break with my past, which has heretofore accumulated on a Western Digital disk for just over five years. Granted, I have a backup of everything I’ve created up until a few weeks ago. But the more I think about it, I’m probably never going to need the bulk of that information again. I’ve come to terms with letting go.

Unlike in the physical world, where collecting life’s flotsam and jetsam without letting it go leads to real consequences, like being suffocated under a collapsed mound of personal belongings (it happens, and it’s sad), the cost of accumulating digital matter is near zero. And so, there’s this tendency to unleash our inner pack rats. Documents, bookmarks, useless downloaded email attachments and cool images dragged and dropped onto desktops, they just accumulate. And there isn’t much guilt involved. We come to accept bloated folders and overstuffed libraries of bad photos and MP3 files as normal, and as a testament to what we’ve experienced.

Query: why is it that we feel so comfortable with cleaning out our desks, file folders, libraries, nooks and crannies in real life, but hesitate to digitally trash so much as a rough draft of something submitted ages ago? C’mon, haven’t you ever ransacked your office or home, wantonly recycling heaps of junk mail, magazines, and other paper refuse? Why do you feel so good after that, but still can’t manage to delete those old MS Word documents?

I think it’s a combination of factors. First, we’re creatures of habit. Second, we’ve supplemented our memory with that of our computers. Third, we are inclined to believe in continuity; we keep data because we’re convinced that one day we might need it.

We are accumulators. It is what society enables and requires. Most of us have a threshold, beyond which further accumulation of physical possessions is undesirable. We all have a certain tolerance for clutter. Messy people have a higher tolerance, while punctiliously tidy people have a very low tolerance. Digital files take up no physical space; folders can keep a mess of files out of sight and out of mind. That urge to tidy up is not really present for the average computer user.

One of the concerns modern tech critics raise is that the art of remembering is slowly being obsoleted. Unlike squirrels, for example, which manually retrieve location data for where they bury things, we computer users have given over to search algorithms what we once counted on our organizational abilities for: search and retrieval.

If there’s no impetus to remove old, unneeded data from our hard drives, and there are search protocols for retrieving information as it’s needed, there must be a reason for keeping so much on our hard drives, right? We get to recycle and remix old content. (That’s pretty much what college writing assignments are: exercises in copy-pasting.) If we believe Steven Johnson’s thesis in his most recent book, Where Good Ideas Come From, it’s precisely this process of accumulating, reviewing and revising information that leads to innovation. And this might be true, but it requires active engagement with the mound of data one has collected. Be honest: how often do you reread documents you’ve read or written months, or even weeks ago?

And I know what you’re probably thinking. Of course, when one cleans out their desks, bedrooms, and other places, it’s a self-directed act. Hard drives fail non-consensually. When they do, however, the absurdity, the futility of keeping old files is revealed. But this usually comes at the expense of new, relevant, time-sensitive files too. It’s a small price to pay.

Two weeks ago, I learned about “email bankruptcy”. It seemed kind of liberating, when I read about it. Wouldn’t it be nice to say “Google ate my inbox”? My hard drive ate itself.

As I vacillate between buying a new hard drive vs. a new computer (my MacBook is almost six years old, and the “Nehalem” Intel i5 and i7 processors are, apparently, terrifyingly fast), I’ll conclude by paraphrasing from the I Ching, the Book of Changes. The superior man, when he stands alone, is unconcerned, and if he has to renounce his old data, he is undaunted. [From “Ta Kuo”] I take neither gain or loss to heart. Undertakings bring good fortune. Everything serves to further. [From “Chin”]

When things scatter or dissolve, I run to that which supports me. [“Huan”] The papers I’ve written, the documents I’ve compiled, notes I’ve taken in the past weeks, they’ve come to pass. I thought I depended on them, needed them. But now I get to create again. Back to what supports me: back to the drawing board.