Designed for businesswomen to connect, learn and grow, the event hosted experts to share their experiences and stories while giving women the opportunity to network and discover new opportunities. 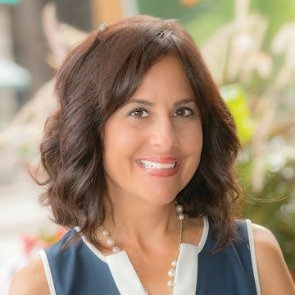 Renee DeLuca Dolan, the president and Founder of Contemp Communications, took a step up this year. Not only was she responsible for inviting female business owners to the event, but she also ensured the women at the event made a difference.

For example, during lunch a harvest-themed meal was served, prepared by three female chefs accompanied by better-known male chefs as their sous chefs.

“Women make up 60 percent of all college graduates, 40 percent of all MBA graduates, and 52 percent of professional occupations,” DeLuca Dolan said to Cleveland.com. Currently, women make up less than 7% of executive chef positions at leading culinary institutions, yet over half of all culinary school graduates are women. Events such as this hope to close this type of disparity, give women more power and opportunity to shine.

This event is a reassuring effort to encourage women to achieve their best in entrepreneurship, something the Midwest appears to be particularly good at. While Silicon Valley is battling with a constant stream of sexist scandals, the Midwest is enjoying attention not only as a budding new hotspot for startups, but also as a pioneer for female entrepreneurs.

Just last year it was reported that women experience the most entrepreneurial success in mid-sized cities across the South and Midwest. Additionally, the Midwest also celebrated the fact that it is now home to a record number of female entrepreneurs. As a result, the region has given birth to many inspiring female entrepreneurs such as Angie Hicks, the Founder of Angie’s List,  a subscription service that lets members find services and submit personal reviews.

The site, which has its headquarters in Indianapolis, stands as a fantastic symbol for women and the Midwest after Hicks refused to move out of the region, which was a bold move 20 years ago before the Midwest was primed with the startup buzz that it has today.  But in sticking with the company’s Midwest roots and down-to-earth values, Angie’s List expanded to become an incredibly successful business. It has now spread to more than 200 cities and 200 million households throughout the US and Canada.