Anyone who has spent more than a few minutes with the Nintendo 3DS knows that there are a number of really nifty features, in addition to the system’s 3D screen. A 3D gaming experience that doesn’t require silly looking glasses is awesome. But if my addiction to Words With Friends has taught me anything, it’s that I will love a game 10 times more if it has a social element.

Being the Nintendo fan that I am, they didn’t have to try too hard to impress me (seriously, no glasses!), but they knew exactly what they were doing when they added StreetPass, the built-in social network. With StreetPass, players can automatically exchange profile information and game data between 3DS devices. Randomly. Anywhere. As long as you’re within 50 feet of another 3DS owner. The random discovery of a new Mii is a nice perk. But these Miis aren’t just trophies to add to the Mii Plaza. They come with a purpose. Players need other Miis for a series of games and puzzles.

Since discovery of this feature, Nintendo 3DS owners have been seeking each other out to plan in-person meetups. Among them was Joshua Lynsen, who founded the first StreetPass group in Washington D.C. StreetPass D.C. kicked off the official StreetPass Network, now home to more than 250 groups worldwide. 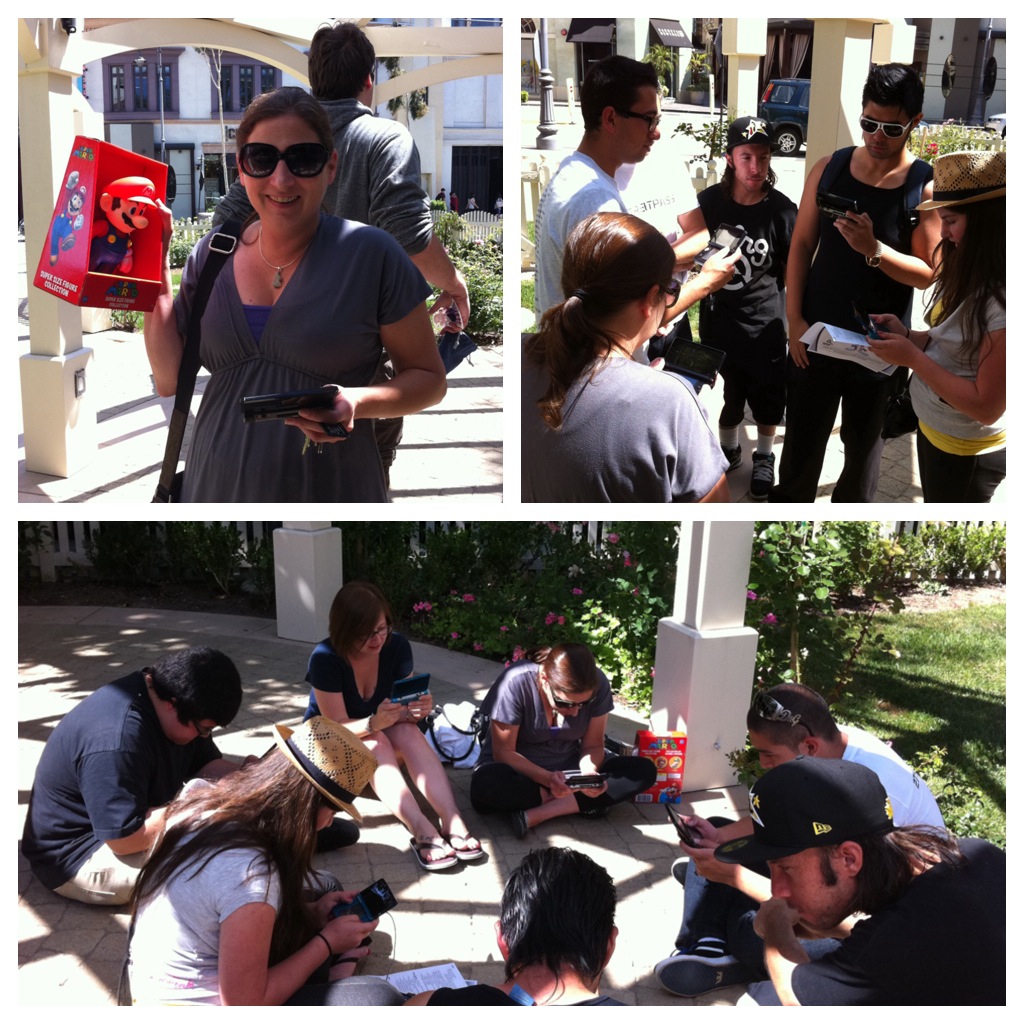 StreetPass groups host regular meetups so that members can enjoy the feature and socialize with other gamers. Some may argue that scheduling a meetup takes away from the spontaneous Mii discovery, but I promise you it’s just as fun. Because of it’s growing popularity, Nintendo dubbed June 25th as Nintendo 3DS StreetPass Day and encouraged groups to get together to celebrate. After many failed attempts to connect with StreetPass LA (SPLA), I finally made it out to a meetup and I was thrilled that I did! Not only did I get to participate in StreetPass Day, but I added some much needed Miis to my Mii Plaza.

SPLA had a great turn out and includes both men and women of a variety of ages. Members had a chance to get in some good game play, including a Mario Kart tournament (which I failed miserably). Attendees are encouraged to bring games that allow multiple players (I recommend my personal favorite: Super Street Fighter IV). It’s a great way to get hands-on with game titles you haven’t had a chance to play yet.

If you’re a Nintendo fan, I suggest attending a future StreetPass meetup. You don’t need a Nintendo 3DS to attend, either. Nintendo DS and DSi owners are welcome. Hell, even if you don’t have a DS of any kind, get out there and mingle! You never know who might bring extras.

For more details on future meetups, follow SPLA on Twitter and Facebook. And if you’re not in LA and want to find a StreetPass group in your area, a list can be found here. Happy gaming!

Disclaimer: I am a Nintendo Brand Ambassador, which means that I sometimes receive Nintendo products to review. I was not asked to attend, participate in, or write this post about the StreetPass meetup. All opinions above are my own.