Half Of Pregnancies Are Unplanned. Fortunately, MyPill Is The App For That 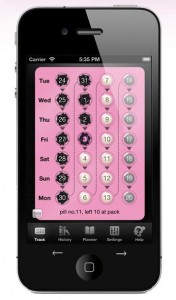 Some of the most common methods of contraception are also the most likely to fail, according to new research at Washington University – and those failures are due to user error rather than anything inherently ineffective about hormonal birth control pills or the contraceptive patch. But without resorting to other birth control methods, is there any way mobile developers can increase the effectiveness of common contraceptives?

“This study is the best evidence we have that long-acting reversible methods are far superior to the birth control pill, patch and ring,” said senior author Jeffrey Peipert, in a press release. “IUDs and implants are more effective because women can forget about them after clinicians put the devices in place.”

Indeed, forgetting is the problem. According to Planned Parenthood, only about one in a hundred women who take the hormonal birth control pill precisely as directed will have an accidental pregnancy in a given year. But among women who miss a day here and there, that number jumps to nearly one in 10.

Now, a cottage industry of developers are trying to improve efficacy and prescriptions of oral contraceptives with mobile technology.

Boca Raton, FL company myPill  provides an app– which has a coveted four and a half star rating on iTunes –which nags a user throughout the day until they’ve remembered to take the pill, like a contraceptive alarm clock. And while there’s only anecdotal evidence to suggest that such an app could decrease unplanned pregnancy rates statistically, user feedback has been glowing.

“Awesome. I actually take my pill on time now,” wrote one user. 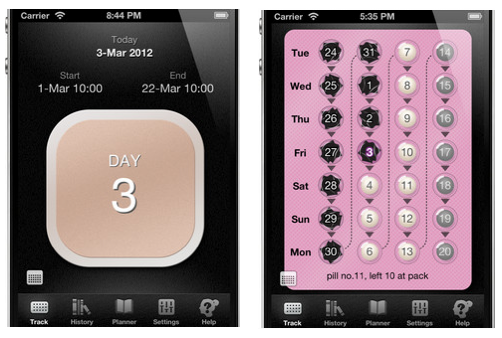 Another obstacle to hormonal birth control is the range of unforeseen side effects that can cause users to lapse their regimen. OCP Reference, an app aimed at health care providers, is a searchable database of more than 100 brands and generic oral contraceptives, organized by estrogen or progesterone content, side effects and efficacy.

The researchers at Washington University wrote in favor of birth control methods that don’t require a daily action, but noted that the IUD and hormonal implants can be prohibitively expensive for many women, running as much as $500 per procedure.

On the other hand, a satellite positioning app released earlier this year that helps users track down free condoms at health clinics and advocacy centers was derided as facetious.

Holy shit!  Those stats from the Planned Parenthood had better be wrong.  That means that a sexually active woman who isn’t excellent about taking her pill for 8 years is beating the odds if she hasn’t accidentally become pregnant.  Unbelievable!