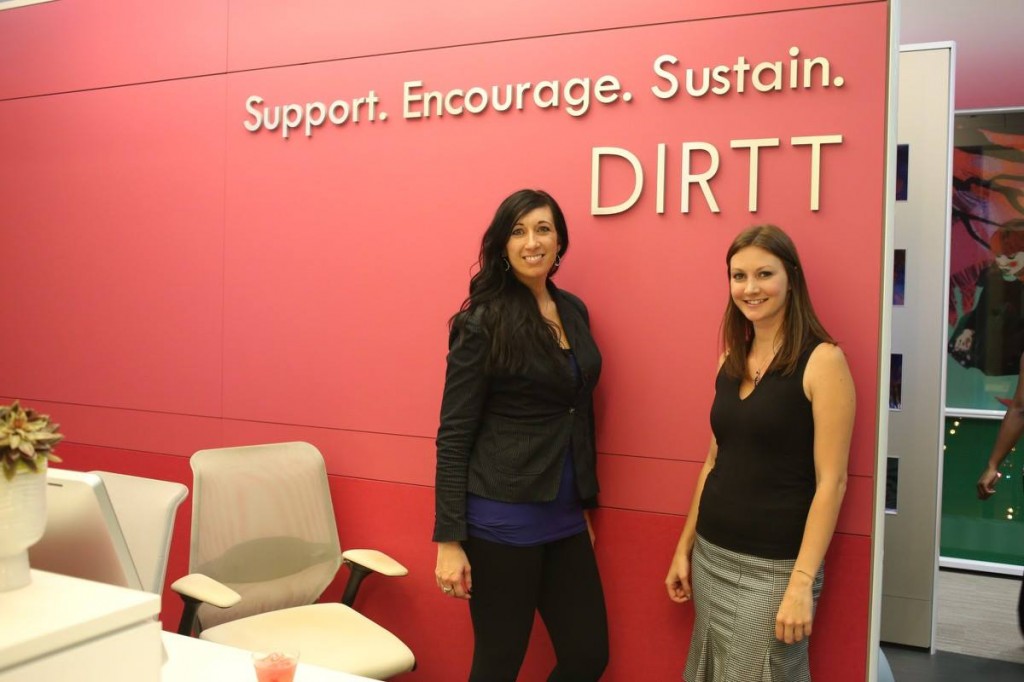 Nicole Yeary and Lisa Russell, Ms.Tech co-founders, celebrate the launch of their mentorship program with a crowd of more than 100. They launched their website Tuesday. (Francis Son Photography)

Three years ago, a team of eight began a group for women in tech in Chicago. The group, Ms.Tech, launched a website Tuesday and now celebrates its growth of more than 700 members.

Ms.Tech’s mission: “To help women in tech with business and women in business with tech,” said Ms.Tech co-founder Lisa Russell.

Now, the group has amped up its outreach efforts to form new partnerships and create new mentoring opportunities. “We’re looking to create more of a community around Ms.Tech and find ways to help each other in person and online,” Russell said.

The group has facilitated job discussions and thought leadership on tech trends for the past three years. Russell said at the start of the group, the idea was to help one another and spread opinions. She said the value became apparent to her and her co-founder, Nicole Yeary. Which is why they recently decided to expand.

Throughout the media, there’s always been a big question of where the women are in tech. “We were thinking: What are you talking about? We have 700 of them right here,” Russell said.

Russell and Yeary wanted to move beyond worrying about how to change the ratio and worry about having positivity and support for one another. “The numbers will follow and adjust themselves,” Russell said.

People often hire within the network and regularly post advice and inspiration. Russell said the group has already grown past a forum, as is indicated by the network of women who attend and help facilitate monthly events and weekly lunches.

Now, the website marks the beginning of a small company. While Russell said she and Yeary have not finalized a business model yet, she hopes to soon partner with technology companies and find sponsors that can provide value to Ms.Tech members.

Right now, initial membership to the Facebook forum is free, but members can upgrade to first class memberships on the website for $35.

A crowd of more than 100 joined the Ms.Tech group at DIRTT Chicago last week to officially launch the group’s mentorship program. The first mentoring event is in November, in partnership with Chicago’s Adler Planetarium to mentor high school girls toward a specific work path by building and designing web apps, robots and products with professionals from a number of industries.

Russell said the group will “continue to leverage the community and find opportunities for our [Ms.Tech] to participate.”

“Inside the group we knew that we needed to create something that could signal that there is a large community,” she said.

“It’s something that needs to be recognized that are women willing to talk about their roles in technology and help other women as well.”

To learn more about Ms.Tech, watch their video here: