MIT Student Engineers The Unicycle You Never Knew You Wanted

Unlike its two-wheeled cousin, the unicycle has pretty much been ignored in terms of advancements. No real unicycle revolution has come about since its (debated) debut in the 1800s. 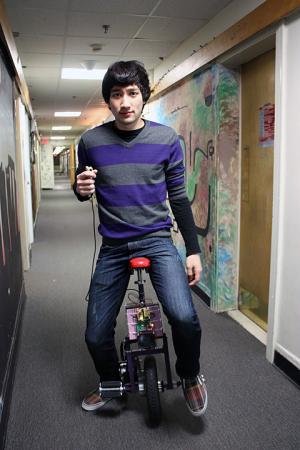 MIT Student Stephan Boyer has engineered an electric self-stabilizing unicycle. Only slightly larger than its forefather, Boyer’s creation, dubbed the ‘Bullet’, can clock up to 15 miles per hour, but needs to be recharged every 5 miles. Boyer demonstrates the Bullet below though his dorm hallway and as you can see, the Bullet keeps true to the simplistic design of a traditional unicycle, but its much, much cooler.

To be fair to future unicycle revolutionists, Boyer’s one-wheeled wonder isn’t entirely self-balancing – gyro components keep the rider from falling forward or backward, relyng on the rider’s feet to prevent falling to either side. Additionally, the rider experiences a leaning curve, similar to the one you might expect when riding a bike with no hands. 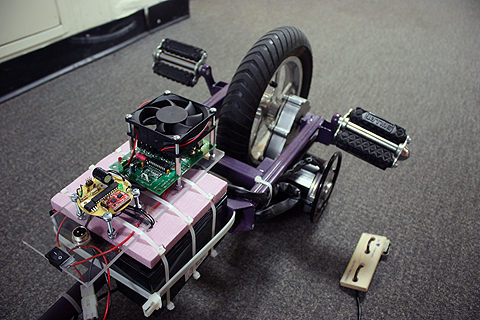 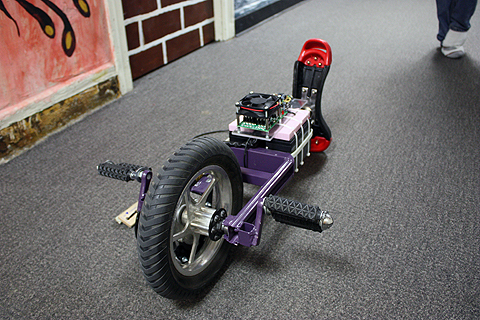 Unfortunately for all of us newly-interested unicyle enthusiasts, Boyer tells physorg.com that he has no plans on bringing the Bullet to market and is just settling for being awesome.  You can learn more about the Bullet & beg Boyer for a spin here.

He should REALLY patent his invention (if he hasnt already) before someone takes the idea and makes millions of dollars off of it.

It could be a hit in highly urbanised areas. People often lack space for bikes but that’s compact and cool.

Or you can just buy one from Focus Designs right now. SBU (self balancing unicycle).