Kroger grocery stores are a staple in the Midwest, and the giant chain is trying to stay that way for some time to come.

A new partnership with British-based Ocado, an online grocery store, presents a clear response to the threat of Amazon and the need to make up ground in the marketplace when it comes to the door-to-door delivery service. According to The Star Online, the deal involves the construction of robotically operated warehouses that will spur on the brand’s delivery capabilities.

Kroger, which is headquartered in Cincinnati, Ohio, has been hailed by industry analysts and investors for making a smart deal by inking a working relationship with Ocado, which uses robotics to automatically pack and organize orders that come in.

“The Ocado partnership is the best investment the Kroger Company’s ever made in the last 25 years,” said Burt Flickinger, a Wall Street analyst and managing director of consultancy Strategic Resource Group. “Ocado is a consumer’s dream and a competitor’s nightmare, and the competitor that’s going to get caught in the crossfire is clearly Amazon.”

This comes in response to Amazon’s $13.7 billion deal with Whole Foods as the delivery conglomerate looks to make its mark in the grocery industry.

Ocado gives Kroger a heads up on the competition because online grocery shopping is already much more common and established in the United Kingdom than it is in the United States. E-commerce in general accounts for a much larger percentage of packaged goods sales in the UK than in the U.S.

Ocado’s sheds, as their robotic-powered warehouses are known, usually take around two years to build, according to Kroger CEO Rodney McMullen.

Kroger is expected to build around 20 of these sites that use automation to immediately process orders. The large grocery chain already has 2,800 stores in 34 states.

The financial terms of the deal were not immediately available after Thursday’s announcement, but are expected to be released soon. 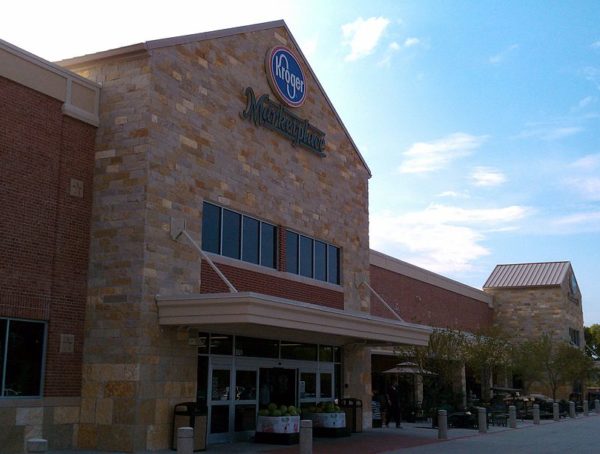