MidVentures To Host Major Events in 2011

When MidVentures opened its doors in 2008, they were just another consulting firm in Chicago. 2010’s MidVentures25 event put them on the path as event hosts.  And last September’s MidVenturesLAUNCH turned them into a prominent resource for techies, entrepreneurs and VC’s in the Midwest- with a world-wide reach.

In 2011, MidVentures will host three major events, one of which is completely unprecedented.

“We see the need for startups and entrepreneurs to have a community in Chicago,” said MidVentures President and COO Brian Mayer. “And we’ve found that this of community needs to be self organizing, but also needs leaders.”

MidVentures will begin its event year out in San Fransisco, where they’ve recently

set up an office. The Data 2.0 Conference in April is all about connectivity and innovations in data that allow businesses and society to be more efficient. The speaker list is impressive: TechCrunch, comScore, and Google are on the roster. Not bad for their first event in Silicon Valley.

But it wasn’t enough to expand their reach around the country. MidVentures wanted to host the biggest, baddest, tech event Chicago has ever seen, and they recently announced they will play host to TechWeek, a week-long event in the heat of summer highlighting innovation, technology and entrepreneurship.

“An event has never been done this way anywhere in the country,” said Mayer. “We’re celebrating web and interactive design companies. We want to show the world that not only does Chicago have entrepreneurs, we have the resources and the drive to make it happen.”

To top off the year, MidVenturesLAUNCH will return for a second go-round in

September. In the meantime, their Design + Develop series is held each month at the SYNC Technology Center in Chicago’s West Loop.

As MidVentures’ year continues, their growth will be seen by the world.

“In the next year it’s about bringing attention to Chicago and the Midwest,” said Mayer. “We’re excited that Tech Week will redefine what tech means for Chicago.” 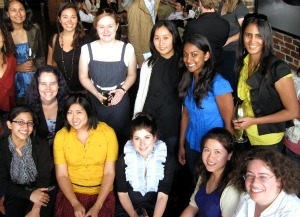 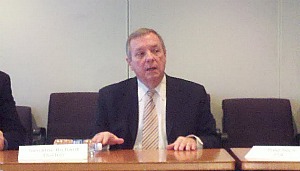