Many Wi-Fi Networks Are Running At 1/5 Speed

Researchers in the Netherlands say that the density of Wi-Fi networks in heavily populated areas is pushing the transfer limits of the standard, in some cases reducing data transfer rates to 20 percent of their theoretical speed. 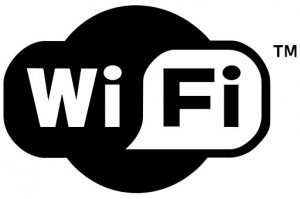 The University of Twente CTIT says that the growing ubiquity of Wi-Fi routers and devices is hurting the strength of the standard. When more wireless networks are active, or when large numbers of wireless devices are present, more and more of the routers’ bandwidth is taken up by control mechanisms instead of data traffic. Other devices that operate on the same band as wireless networks can also add to interference.

“Wi-Fi has become an inefficient method of communication,” said Roel Schiphorst, one of the researchers, in a press release. “Increasing use of the Wi-Fi spectrum probably means that we can expect ever more problems in future.

Wireless routers almost always operate more slowly than advertised, the researchers said, but under duress they can slip to a small fraction of the speed they’re supposed to run at. However, the most recent Wi-Fi standard has a maximum speed of 600 Mbit/s – so even at a 20 percent capacity, routers operating at that level could support a competitive broadband connection of 120 Mbit/s.

The researchers’ conclusion is that it is time to start thinking about a new standard that will hold up better when dozens of networks overlap.

“One of our jobs is to monitor the spectrum by this means, and to report our findings,” said Taco Kluwer, a researcher with the Radiocommunications Agency Netherlands who contributed to the report. “It is important that manufacturers explore ways of improving the Wi-Fi standard in busy scenarios. That way, we can continue to use this great technology for many years to come.”

The University of Twente, which is located in the Enschede, was established in 1961 as an entrepreneurial answer to decreased manufacturing activity in the area. The results of the study will be published in the Journal of Green Engineering.

Refugees From The Etsy Police Flee To Storenvy