Home > Blog > Man Up And Talk About Your Feelings, Mr. Arrington 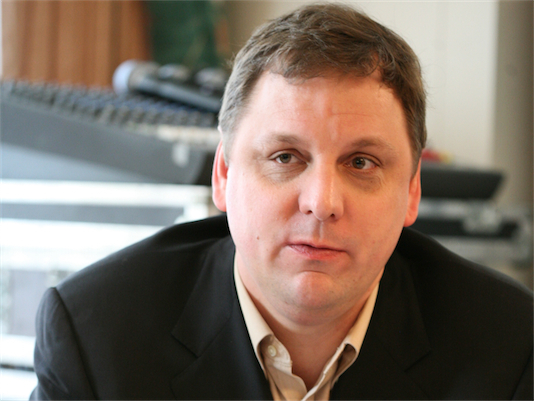 UPDATE: To read the other side of the coin, Tech.li founder Edward Domain sides with Arrington in his rebuttal to my post.

Michael Arrington, like a lot of men of a certain age, has a hard time talking about emotions. The seasoned entrepreneur, venture capitalist, “unpaid blogger” and former editor in chief of AOL-acquired TechCrunch has a lot of explaining to do about his recent blog post on Uncrunched. 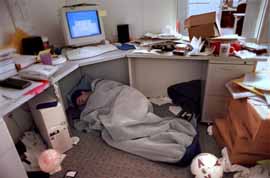 The fact of the matter is, depression and anxiety are real issues within the business community, and perhaps especially, acutely so in the pressure vessel that is startup culture. Get over it. And let’s talk about it.

In the wake of Diaspora cofounder Ilya Zhitomirskiy’s suicide several weeks ago, the startup community–from Silicon Valley to NYC–has been doing some soul-searching. A bevy of articles (including one right here on Tech.li) issued forth regarding the uncomfortable truth about startup culture—that depression, anxiety and loneliness are real, pressing and often unacknowledged issues—calling for increased openness, empathy and emotional fealty within and amongst startups and the community writ large, seems to have fallen–very publicly, in the case of Arrington–on deaf ears.

You can read the article for yourself, but one excerpt sums it up well:

If you work at a startup and you think you’re working too hard and sacrificing too much, find a job somewhere else that will cater to your needs.

You might be sad that you work long hours and that sometimes your boss yells at you when tensions run high. But you also know that there is nowhere on earth like Silicon Valley. Nowhere else that is structurally designed to help you make whatever you can imagine into reality. Nowhere else where there are so many like minded people who are willing to sacrifice and work hard to create something new.

Basically: “Shut up and quit your bellyaching. You’re living the dream here.”

See, I think it’s a little more complicated than that.

Sure, startups are hard. Yes, building something new can be an immensely rewarding experience, both intellectually, emotionally and (with luck) financially. But—and there’s always a “but”—working on a startup can also be a very lonely endeavor. And while everyone can acknowledge that working on/with a startup involves a lot of risk, most people have a hard time dealing with the failure of their venture.

Arrington may say, “Work hard. Cry less. And realize you’re part of history,” but depending on how you crunch the numbers, between 30 and 90% of startups fail. And that’s painful, to be forgotten by history. Even if your company is wildly, breathtakingly successful, working 80 hour weeks sucks. And I don’t care how much you love your work, or how deeply you devote yourself to the idea. It still sucks. And for some it can be a difficult, painful experience.

Look, I founded a startup. We launch our (private) beta on January 15. We know that our three-man team (including myself) is going to have a real rough go of it. 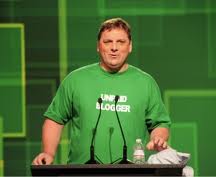 Is Mike being a tad too rough?

I’m no advocate of whining.

I honestly don’t care whether my company has 3 people or 3000; I want a certain, high level of openness amongst people in my company. If someone is in trouble, I’d much prefer giving them some time off (or reducing their workloads, temporarily or even permanently) than lose them to burnout, depression or worse.

“‘Be a real man and suck it up!’ is a really unhealthy attitude to have floating around any ecosystem,” says Jordan Phillips, a University of Chicago graduate, cofounder and business lead at the San Francisco-based startup, Yudunu. “We should definitely caution people against irrational exuberance, and make sure people’s expectations are appropriately anchored. But a machismo-driven position of ‘stop crying and work more’ does a disservice to the real human suffering that the entrepreneurial life creates for even the most industrious of people.”

If we want to believe The Lean Startup author Eric Reis’s definition, which asserts that, “A startup is a human institution designed to deliver a new product or service under conditions of extreme uncertainty,” is it too much to ask of a human institution to be humane? That demands honesty, empathy and flexibility. Not charity, necessarily.

Think about it this way. Startups tend to be small. Trust is important. A company culture which encourages employees to bury painful emotions promotes, from the outset, disingenuousness. This erodes trust.

Michael Arrington’s approach, of saying, “Don’t be such a pansy. Grow a pair. And get back to work,” is at best insensitive.

I thought men leave this emotionally-stunted worldview behind, when they graduate middle school. Mike proved me wrong. So, I challenge Arrington and those who side with him to do something difficult, painful even, as an exercise in acting like an adult about difficult issues like depression and anxiety.

Man up and talk about your feelings. Acknowledge that startups are hard, but shouldn’t be unbearably painful. Understand that everyone will go through some rough patches. Give your people a safe space to talk about their issues, if they want to. Empower them with this; they won’t just “get over it”. They’ll rise above these universal issues instead of hiding from them, like you did, Mr. Arrington.