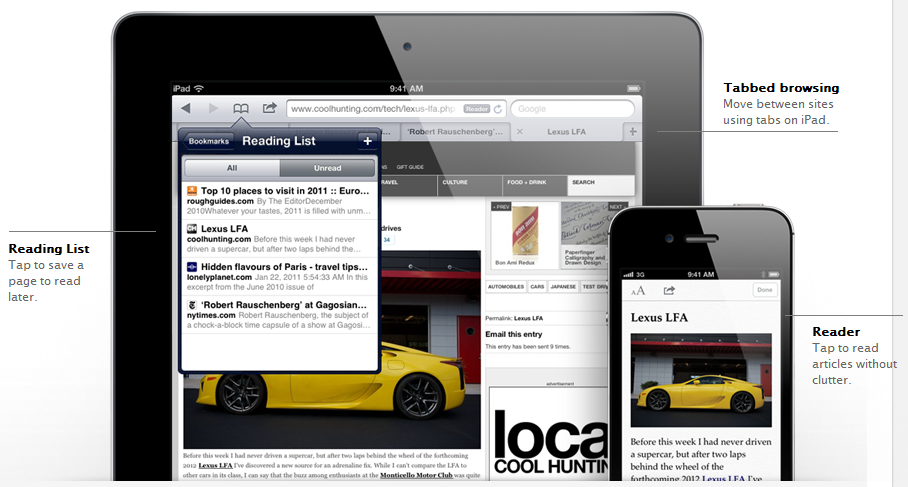 To the despair of many gadget fanatics (including myself), this week’s Apple announcement did not reveal a brand-new iPhone 5.  Instead, we were presented with nothing more than an upgraded version of Apple’s current, record-breaking smartphone dubbed the iPhone 4S. Since I won’t be rushing out to the Apple store to swap phones anytime soon, I turned my attention to the next biggest news of the day, the release of iOS5.  In putting my advertiser’s hat on, I noticed a few interesting features in the newest iteration of Apple’s operating system that has me both excited, and concerned.

Up until now, Apple’s relationship with advertisers has been tumultuous.  After purchasing mobile ad network Quattro at the beginning of 2010, Apple took a ground-breaking approach to mobile advertising with their launch of the iAd.  The industry erupted with excitement, and a host of brands lined up to take part in what Steve Jobs saw as the future of mobile advertising.  Unfortunately, in typical Apple fashion, their arrogance and strict requirements led many prospective media buyers to shy away from the opportunity.  Due to an expensive and complicated pricing structure, the majority of iAds seen today are run-of-the-mill banner ads that link to an App download page – a far cry from the beautiful, HTML5-driven executions that Mr. Jobs had envisioned just over a year ago.

Out of all the features iOS5 brings to iPhone, iPod Touch, and iPad users, only two present an opportunity for potential advertisers: Notification Center and Reminders.  Say what you will about Apple’s new Notification Center (i.e. it’s a direct rip-off of Android’s notification system), it’s clear that App developers are 100% on-board.  With the old push notification system, developers were limited in how they could connect with users outside of the App itself.  With iOS5, however, a more streamlined system will allow a greater number of notifications to go out than ever before.  This presents an opportunity to bring new advertising ideas to the table.  A good example being the in-game advertising company, Tap.me, who could notify users when a new game bonus is available, brought to you by the game’s brand sponsor.

With Reminders, Apple will send specific messages based on the device’s current location.  It’s unclear yet as to how Apple will open up the API associated with this new feature, but this could unlock infinite possibilities for geo-location-based advertising.  For instance, if you’re arriving home after work and a Reminder alerts you to order dinner for the family, a local pizza joint could send you a message with their special offers for the night. 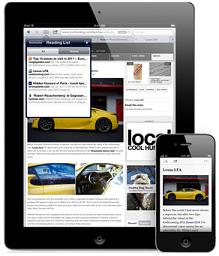 On the other hand, one notable feature announced on Tuesday that hinders the ability to advertise on iOS devices is the extension of Safari’s Reader functionality, currently built into Mac computers.  Arguably a more compelling feature within iOS devices due to the smaller screen real estate, Reader “displays web articles sans ads or clutter so you can read without distractions” (taken directly from Apple’s website).  Reader’s functionality might be a plus for consumers, but it’s certainly not a welcomed addition to iOS for advertisers, considering a paid ad impression would be trimmed from the page with a simple tap.

While both Notification Center and Reminders are exciting features for advertisers to latch onto, it seems App developers will be the ones bringing opportunities to the table, not Apple itself.  Add to that the somewhat subtle slap in the face that Safari’s Reader represents, and I’m not sure Apple’s going to win back the hearts of advertisers anytime soon.  Either way, it’ll be interesting to see how this plays out for both consumers and advertisers — I look forward to testing the waters.

Turn Styling Into a Piece of Cake With CakeStyle