Home > Blog > Can’t Find Your Keys? Ask Your Kinect Where They Are

Can’t Find Your Keys? Ask Your Kinect Where They Are

If you’re prone to misplacing items around the house and also a Kinect owner, computer science researchers at the University of Virginia have an interesting new solution for you. A recent paper from the university details a household object tracking system, paired with Microsoft’s Kinect camera, that can accurately keep track of the items you use most, pinpointing their last location within 13 cm. 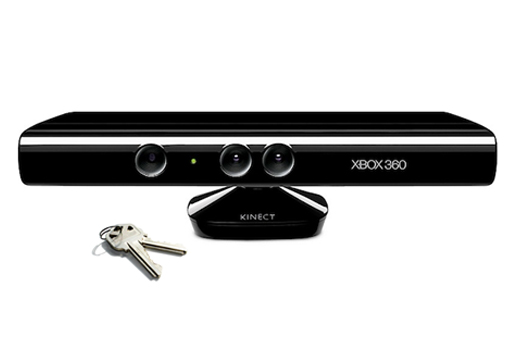 Kinsight is a non-intrusive tracking system that uses 3D scanning to extract images from the environment and compare them to sample images in order to keep track of the objects most used in key household areas. Over time the system can even learn where a particular object is most likely to be, and what the object is by how you interact with it. Researchers envision a final product where you can simply ask the Kinect where a particular object is within the household and it will accurately pinpoint its location for you.

Instead of tracking every object in the room at all times, the Kinsight system only tracks an object when a human interacts with it, remembering the last location once the action has been completed. Because humans only interact with so many objects at a given time, this method prevents the Kinsight system from being overloaded with a room full of stationary objects.

University of Virginia researchers successfully tested the tracking system in two separate multi-person households. A total of three Kinect cameras were used, one in the kitchen, living room, and dining room, to track common objects like wallets, silverware, and remote controls. Researchers analyzed activity during sessions of cooking and cleaning to test out the accuracy of the tracking software.

Virginia researchers concede that object distance and line of sight limitations may be the biggest problem for the current system – one that could be fixed by adding additional cameras to cover more area. The developers believe the amount of attention Microsoft’s 3D camera has received will push other manufacturers to create more advanced 3D cameras like it in the future.