As the Midwest continues its snowballing success as a hotspot for startups, two of Kansas City’s biggest startup supporters have merged.

This merger has also resulted in an additional $1 million in funding for the combined organisations. The funding was donated by Affinity Worldwide and was given to Kansas City Startup Foundation (KCSF), a nonprofit which encourages and enables local startups.

Along with the donation, Kansas City based Affinity is also donating ownership of the Center for Entrepreneurial Ecosystem Development (CEED) to the foundation. KCSF will take on CEED programs and staff; this includes Startland News, The Kansas City Startup Village, Village Square Coworking Studio, MECA Challenge, 1Week KC and Startup Crawl KC. 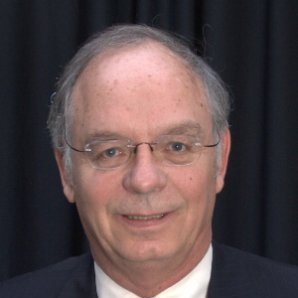 Over the next five years the donation will be periodically handed out to ensure a more stable transition to help focus on growth while building additional revenue streams. Mike Wrenn, the CEO of Affinity Worldwide, expressed his enthusiasm regarding the recent merge.

“We’ve enjoyed watching this vision grow and have seen the positive impact CEED has made in Kansas City’s startup community,” Wrenn wrote when announcing the merger. “CEED has worked closely with the Kansas City Startup Foundation and both entities have been integral parts of the startup community’s story. … I’d love for our gift to encourage others to join us in giving.”

The two organisations merged as they shared a similar goal, encouraging the local startup ecosystem. Consequently, the entities will have greater united resources, several established brands and an increased possibility to privately fundraise as a nonprofit.

“Once we optimize our operations, this merger will allow us to take all of our efforts to the next level,” said Adam Arredondo, executive director of the foundation and co-founder of CEED. “We’ve had a number of ideas on the back burner until we expanded our capacity. Our capacity is officially expanded.”

As the Midwest continues its rapidly growing economy for startups, we can expect to see more mergers and achievements from organisations such as CEED and KCST, with plenty more successes stories on the horizon.