It’s a logic shared by Ivy League schools, Silicon Valley tech startup incubators, and elite-level organizations of this ilk: get a bunch of extremely intelligent, accomplished young people together, rally them behind a good mission statement, connect them with experts from every conceivable industry and cross your fingers that they’ll live up to their hype. This is the unspoken narrative of the Kairos Society, a group billing itself as the apex student entrepreneurship organization on the planet. Now, I encourage the older, more jaded Flyover Geeks readers, to whom I made similar appeals last week to quit it with your snickering.

What differentiates the Kairos Society (The new website is under construction) from other student entrepreneurship organizations is simple: it puts its money where its mouth is. And what a mouth it has. Kairos’s mission, “To converge the next generation of leaders in creating entrepreneurial solutions to the world’s pressing issues, while promoting global economic growth and stronger ties between nations,” makes several big promises, on which, thus far, it’s delivered rhetorically, if slightly less so in practice.

Ankur Jain, founder of the Kairos Society, is currently a senior at Wharton. One would never guess that his organization is run by a bunch of college kids given its recent fundraising success and its list of speakers and mentors. The Kairos Society is partnering with Barack Obama’s Startup America initiative to spur young people toward entrepreneurship, and has received grants from the Chamber of Commerce and the Kauffman Foundation to that same end. (Check out TechCrunch’s interview with Ankur about the Obama initiative here.)

Ankur said of the Chamber of Commerce partnership: “”We’re very excited about Start-Up America and the Chamber’s commitment to Kairos.  A renewed focus on entrepreneurship and innovation will not only help propel our economy forward, but will also serve to reinvent the American dream for millions of young entrepreneurs. Our country was founded on the principles of free enterprise and these initiatives will revive that spirit of entrepreneurship amongst our next generation of leaders.”

As impressive as Kairos is, realization of its mission is somewhat hampered by the same structural limitations which hold back any group of college students. It’s difficult to tie individual students’ entrepreneurial success to their involvement with the organization. But perhaps this is not the goal of Kairos, really. Former president Bill Clinton said in his address to the Kairos Society at its inaugural Summit in 2009, “In previous times college entrepreneurship was confined to campus borders and most entrepreneurs were confined to national borders, but Kairos transcends these boundaries because, in our interdependent world, there are no borders when it comes to the pressing issues that we face.” Kairos, according to Clinton, and this Fellow writing here, is less about starting and incubating nascent companies than it is about gathering around a common cause, whatever that may be, and seeing what happens. We itch with anticipation.

This weekend, the Kairos Society will host its third annual Global Summit in New York City, and FG’s Jason Rowley will be there to cover the event. 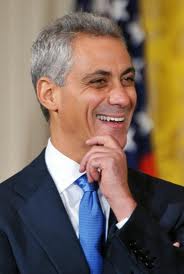 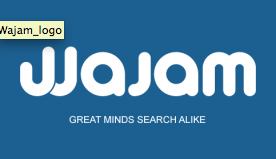