Home > Blog > A Tech Entrepreneur, Non-Profit, And Tech Company: How All Three United To Help Each Other

A Tech Entrepreneur, Non-Profit, And Tech Company: How All Three United To Help Each Other 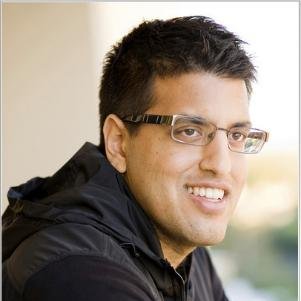 Naveen Jain, Founder of Sparkart and Chief Strategy Officer for the Immunity Project

“Serendipity plays a large part in my life, my business life, and business success,” said Naveen Jain, Founder of Sparkart and Chief Strategy Officer for the Immunity Project. When I talked to him this week, that’s one of the first things he told me.  He’s an entrepreneur, investor, and all around extremely passionate guy; someone other entrepreneurs could learn a thing or two from because of his interests beyond his own business.

Now, most entrepreneurs are extremely passionate.  After all, you have to be.  But, Jain seemed to have something extra in his voice this week, and it’s because of his extra-curricular activities.

This relatively new endeavor for him, the Immunity Project, is an organization that aims to adopt the unique targeting capability inherent in HIV controllers (Individuals who have a natural immunity to HIV) to give everyone that same immunity to the disease.  Essentially, they’re attempting to create an HIV vaccine to not only end the disease, but in theory, offer a therapeutic solution for those currently living with it.  And, it will be offered freely to the world.  To say the least, it’s really interesting research that has the potential to save a lot of lives.

When asked how he got involved with the Immunity Project, he began, “It’s really your typical startup story…”  As a tech writer, I hear this line all the time, but the story he told me is not one I’ve heard before.  Dr. Reid Rubsamen, founder and chief executive officer of Immunity Project, met Jain in the OR at the birth of his daughter.  “My wife is giving me funny looks, going are you crazy? We’re having a baby right now,” laughed Jain.

They had an “amazing conversation,” and the doctor was kind enough to spend time with them and their new daughter after her safe arrival into the world.  “We had dinner several weeks later, and he’s just an amazing guy, and we became friends,” said Jain.  Dr. Rubsamen’s research centered on inhalable insulin in the 90s, and he took his company public with over 60 patents on drug delivery technology.  With that success, he’s now moved on to the Immunity Project.

Once Jain started hearing about how this vaccine works and why it’s unique, they started brainstorming ways to fundraise and turn it into a reality.  There are quite a few challenges in not only fundraising, but fundraising for a solution to HIV/AIDS in particular, according to Jain.  “We’re 30 years into this fight,” said Jain.  “The American consumer-base is tired of these stories.  You don’t hear about it as much as you did in the 90s, so [it’s] hard to raise money for these types of projects.”

Jain also cited donor fatigue, competition and confusion in the marketplace adding to their fundraising challenges.  “It seems every week you’re hearing about an HIV vaccine or a cure,” said Jain.  “Something is taken out of context.  Everyone is trying to get to the summit first and that creates a misalignment of interests.  Some people are just using the press to get an edge, and it ends up confusing the public.  So, it’s really difficult to understand exactly where projects are, and that’s one of the challenges for raising money for our project.”

What makes Immunity Project unique? Jain explained it, stating, “From a tech standpoint, you can consider this a tech startup, or even a biotech startup, because what is it? It’s an immune system upgrade; we’re teaching your immune system how to act like that of a controller.  What’s cool about that is we’re taking something that exists and reverse engineering it, which is totally unique from what other people are doing.  It’s actually a very elegant solution to an incredibly challenging problem.”

In addition, their vaccine does not require refrigeration, and it’s in powder form.  They’re optimistic it can be inhalable, which for a country like South Africa, where 1 out of 5 people between 15 and 49 are HIV positive, logistics could be just as important as finding an actual cure.

Hopefully their fundraising challenges will be put behind them, but their goal is quite hefty.  They need $25 million to fund phase one of its human trials.  Their prototype has yielded positive results in animals, meaning it’s ready for this next phase of development.

That’s why today, they’re announcing an interesting partnership with Gyft, a digital gift card platform that enables consumers to upload, buy, send, and redeem gift cards from their phone.  Gyft will donate 100% of its profits for the month of December to the project.  (Full disclosure, Jain is an investor in this up and coming startup.)

“A large portion of the team happens to be from South Africa,” explained Jain on why Gyft would donate the biggest month of the year for gift card purchases.  “So, it’s a very personal cause for the Gyft team.”  Jain went on to explain that they think there is an opportunity to create a very mutually beneficial relationship.  “We’re approaching fundraising from a very entrepreneurial standpoint.  How do we align interests with world-class entrepreneurs to help them build their businesses through philanthropy, through cause marketing, and we’re very hopeful we can deliver some very significant results both for Immunity Project and for Gyft.”

So, what’s Jain asking?  With over 200 large retailers to choose from on Gyft, Jain is simply asking consumers to purchase the gift cards they were going to buy anyway through Gyft.  “All you have to do to help us end HIV/AIDS, is buy your gift card through Gyft.  It’s the exact same card, and it makes a contribution to the Immunity Project,” said Jain.  Sounds simple, right?  That’s because it is.

Simple as that.  Consider taking a page from Jain’s playbook.  If you’re buying gift cards for Christmas, hold off until the month of December and think about purchasing through Gyft.com.  Proceeds will start going to this organization beginning December 1, which is also World AIDS Day, and will run through December 31, 2013. 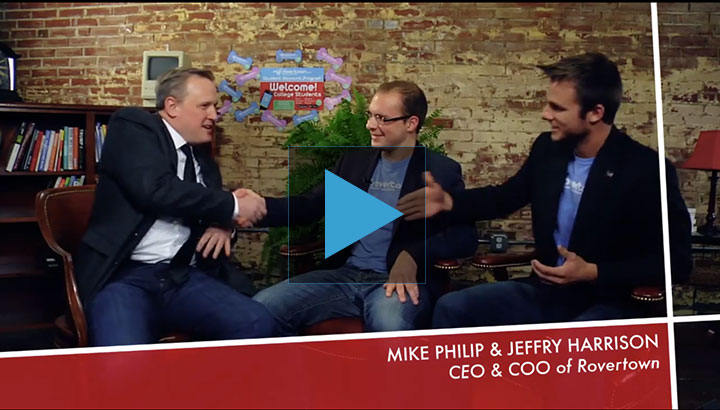