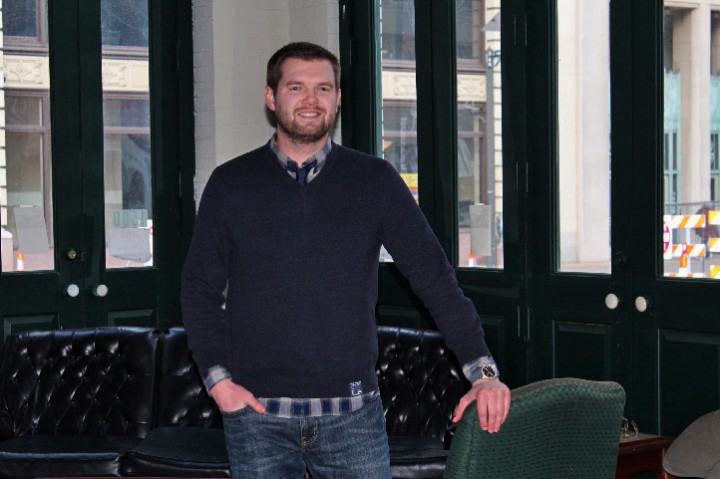 Here at Techli, we’re more than just the news- we’re in the trenches with all the entrepreneurs and startups in the ecosystem, and while we root for everyone, we also think we can do more.  That’s what this new feature of Techli (‘Hire Me’) is all about. If you know an all-star looking for a home, send them our way, and we might feature them here.  What we aren’t looking for is just anyone. If they are going to be featured in ‘Hire Me,’ they are getting the official seal of approval from people in the ecosystem that are trusted, and we feel confident they will make an excellent addition to a team.

At the last meeting of VentureSTL, Derek Weber had something to share with the group. Turns out there is a great entrepreneur in St. Louis named Michael Werner looking for his next role.  Derek thought the group might be able to make that happen through the groups network of contacts, and now, ‘Hire Me’ is born as a new section on Techli. “Michael is a solid entrepreneur that needs a good team to land with,” said Weber, “and we should all try to keep a great entrepreneur in St. Louis.”

“My passion lies in helping organizations grow, and I love the St. Louis startup ecosystem,” said Werner.  “It is my hope I can stay in St. Louis, join a solid team, and help it grow.”

Michael is a graduate of the University of Wisconsin and during that time did a semester abroad in Sydney, Australia, and maintained a stellar GPA while doing so. He has degrees in Finance, Investment and Banking, Management & Human Resources with a focus on entrepreneurship.

His experience is also great for someone his age. He has acted as a Sales Territory Manager where he managed 125 accounts.  He was an entrepreneur on campus at U of W.  While he was in Australia, he evaluated portfolios and investment opportunities for high net worth individuals and large cap companies.

I asked Michael what his dream role would be.  “I’d really like to work for an accelerator or other organization that helps scale startups.  It’s a passion of mine.”

While at the University of Wisconsin, Michael worked with University Neuroscientists and launched a startup that developed a “process in which ‘everyday entrepreneurs’ were tested, retooled, and reenergized. Think: a personality test on steroids meets a business incubator meets a coworking space.”

It is not possible to accurately represent the drive and excitement Michael has for the startup space through a short article, though. In order to really evaluate his potential for YOUR company, you really need to meet him.

If you are interested in speaking with Michael about an opportunity with your company, he can be reached here: mwerner8211@gmail.com

We don’t expect him to be available for long, so if you need a good person to join your team, get on it and get in touch!