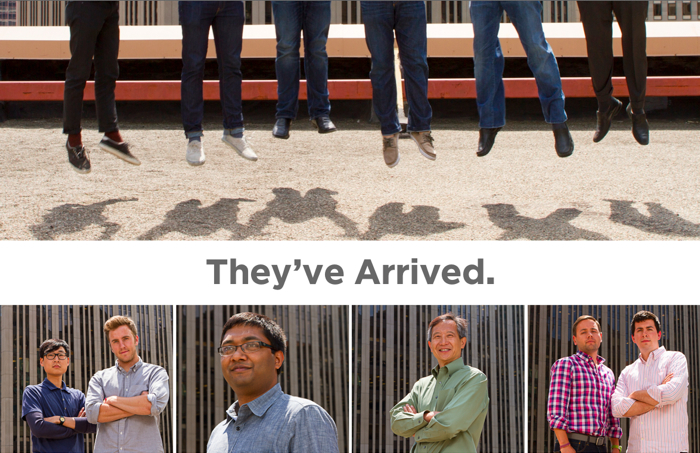 Greenstart, a San Francisco-based green tech accelerator, has announced its latest class of participating startups this week. According to a blog post by the company, the four cleantech startups were chosen from over 160 applicants. Instead of backing businesses that engineer green tech equipment, Greenstart focuses primarily on companies that are using software to help solve the global energy crisis.

The companies participating in the most recent Greenstart accelerator program include:

– Spinlister is a peer-to-peer bike rental and listing service founded by Will Dennis and Jeffrey Noh in May of 2011. The service is currently running in both New York City and San Francisco.

– Root3 creates software that enables a company or institution to improve the efficiency of its power generating resources through analytics.

– People Power is a a cloud-based device management utility made for smartphones that can ultimately help homeowners keep track of how much energy their appliances are using.

– PV Power has built an online marketplace where anyone can purchase the components they need to set up their very own solar energy system.

Each of the participating companies will receive up to $115,000 in seed funding from Greenstart, in addition to the three month long program that provides each company with business model, user experience, branding, and investment aid, in a package that the accelerator has dubbed “Startup Design.” $15,000 of the total investment will give Greenstart equity in each company between 2 and 9 percent.

Mentors helping with the program include TreeHugger founder Graham Hill, Tesla Motors co-founder Marc Tarpenning, and The Lean Startup author Eric Ries, among many others. The accelerator additionally boasts connections to a deep network of resources and investors all throughout Silicon Valley.

“These entrepreneurs have big ideas that can put a major dent in the energy crisis — and we’re here to help,” wrote Greenstart partner Rachel Barge. “We’ll be working closely with them for the next three months, helping drive massive progress in their business.”

The cleantech accelerator is scheduled to run until the end of October, so be sure to check back on the Greenstart blog to find out how the four startups faired.