Can Google Show Racism In Elections? 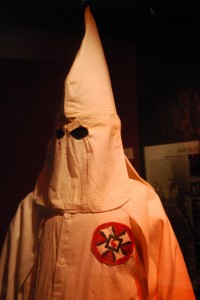 A provocative paper by a doctoral candidate in economics at Harvard uses data from Google to make the case that racism cost now-incumbent presidential candidate Barack Obama between three and five points during the last election – which amounts, statistically, to giving the white candidate in such a contest a home state advantage nationwide.

Previous investigations into the effects of race at the polls has been hampered by the fact that individuals who hold racist beliefs are unlikely to share them with researchers. Seth Stephens-Davidowitz’ idea is that the iddish, anonymous domain of racist search queries could be a better indicator of racism than surveys – a hypothesis supported by the finding that in 2008, Obama was more likely to underperform compared to pre-election polls in areas where more people entered racial epithets into Google.

“The cost of racial prejudice was not decisive in the 2008 election,” reads the paper. “But a four percentage point loss by the winning candidate would have changed the popular vote winner in the majority of post-war presidential elections.”

In the paper, Stephens-Davidowitz compared voting results to the proportion of search queries in those areas that included racially charged language, in 196 out of 210 national media markets that encompass more than 99 percent of voters in 2008’s popular vote.

Interestingly – and with potential implications in the coming election, which analysts now believe could be tighter than anticipated – Stephens-Davidowitz believes that the effects of racism during the last presidential election outweighed the widely-discussed support Obama found among black voters.

“I argue that any votes Obama gained due to his race in the general election were not nearly enough to outweigh the cost of racial animus, meaning race was a large net negative for Obama,” he wrote, noting that “[b]ack-of-the-envelope calculations suggest Obama gained at most only about one percentage point of the popular vote from increased African-American support.”

Stephens-Davidowitz believes the paper could have long-term implications for the use of Google data, which is made available much more swiftly than many other common sources for social research, in academic work. Google search results have previously been used for sociological research, and to track influenza outbreaks.

“This paper shows clearly that Google search query data can do more than correlate with existing proxies,” he wrote. “[O]n socially sensitive topics, they can give better data and open new research on old questions,” reads the paper.”

Developers Dish On How iOS 6 Will Change Your Favorite Apps

Emerging Startups Bridge the Gap Between Online and Offline Retail