Gamer In Chief of the London Tech Scene 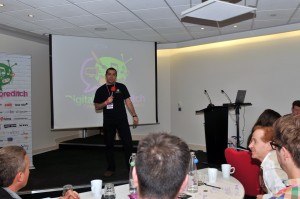 Kam Star, founder & CEO of PlayGen, the leading British games and gamification development studio, has seen a few things. Star has been in the Shoreditch area of London since 1999, which was then ‘Silicon Roundabout,’ and now Tech City UK, Britain’s ‘answer to Silicon Valley.’ The location is being promoted by Prime Minister David Cameron as one of the key areas of the country in the drive back to economic recovery. PlayGen moved in just when this area was just starting to get cool. I caught up with Star earlier this week to talk about about PlayGen, London’s tech scene, and Digital Shoreditch, his non-profit venture.

Founded in 2001, PlayGen has a client list most gamefication companies would envy and is sought out as an expert in this sector alongside academic institutions. From work with charities like the Welcome Trust, to simulations for employees of the Ministry of Defense, PlayGen has developed games which assist in training, virtual situations, and marketing.

MeTycoon, for example, is a game for the education sector. Pupils in inner-city high schools, especially those in deprived areas, often don’t see career aspirations as achievable. This game connects the virtual world with the real world, and gives pupils an insight into how they can take real steps towards their aspirations. Professionals who have been there, done that, and were once in the same shoes of the pupils playing it have uploaded videos to the game. “Bringing it back to reality,” for the pupils, says Star, which ultimately gives them hope – a useful antidote the situations they could be facing outside of schools.

Shoreditch is the new coolest neighborhood of London. It borders the City, the traditional financial heart of the London metropolitan area. I remain skeptical of the value, especially in light of the habit of calling every tech hub outside of Silicon Valley that country’s ‘answer to Silicon Valley.’ Branding is not simply about comparisons, its about differentiating. Karl Benz didn’t tout the cars of Daimler-Benz Germany’s answer to those from Henry Ford in America.

I asked Star about the Tech City in Shoreditch. “It’s not the Valley,” he stated emphatically. What London offers, he explains, is a combination of creative and artistic talents comparable to San Francisco, the tech skills of the Valley, and the money and connectivity of New York. It began as an area of cheap rents and creative freelancers, and has become “an area where not only can we write the code,” said Star, “but we can produce the content, and can what’s being created here.” 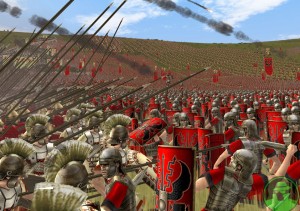 The growth and activity in the tech startup scene in London brought me around to the inevitable bubble question. Star refused to name the startup, but when he told me about a $2 million valuation for a company with $300 revenue, he had to admit, “there’s a bit of a bubble going on.” He feels, however, for as many overvalued startups as there are, the ones with real traction and viable scaleability will still make it to market, regardless of the current debate around seed round funding.

Compared to the money pouring into startups, government funding is reducing around the world. The British government is counteracting this to encourage society in supporting itself, without public funds. Star established Digital Shoreditch, a community-run organization which he described as “society just doing it’s thing.” Which means creative talents in London coming together and working for the benefit of the collective group. They held Race for Apps to find and develop the best apps for the London 2012 Olympics. They’re busy getting ready for DigitalTech Festival in June 2012, which they are aiming to grow larger than SXSW over the next five years.For next year’s event, they are aiming for 50,000 people in attendance over two weeks.

There’s no doubt the tech scene in London is growing, and Kam Star of PlayGen is an example of how startups can get to the point where they can do charitable work. The lesson the newest generation of startups can take from this is the fact that there is a a lot of hard work involved, it means collaborating, and it means getting up the next day and doing it all again. At the end of the day if you don’t love your work this isn’t a game you should start playing, and the founder of PlayGen knows all about games.