Find Your Keys, Phone, And Sanity With RFID Stickers

RFID has not been a technology widely embraced by gadget manufacturers, and most consumers barely bother with the technological applications outside of tracking their pets via microchip or using EZ Pass tags to save a few minutes in their daily commute. This may soon change thanks to designers Chu Wang, Qiujin Kou, Qian Yin & Yonghua Zhang who collaborated to design the appropriately named Finder. 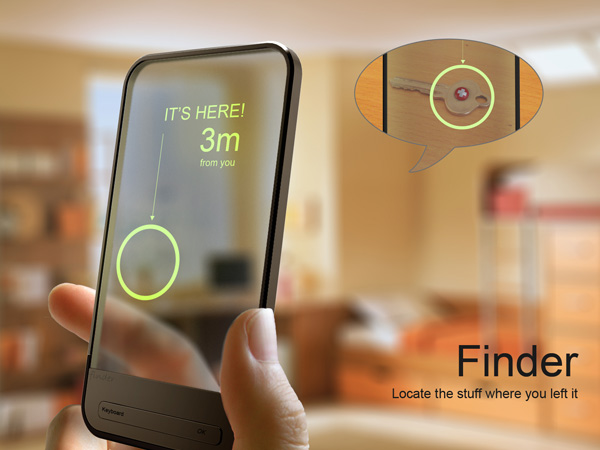 The Finder system relies on two main components: a handheld terminal and miniaturizing RFID tags roughly the size of a candy button. A user simply affixes the minute RFID stickers to their keys, phone, wallet, or frequently misplaced roll of candy buttons, scans and labels them with the handheld terminal, and sets about their day as usual. When they realize an item is lost, they simply grab the terminal, enter in the tag name, and start wandering about their apartment. The terminal features a translucent plastic screen to make use of some simple augmented reality that displays the relative location and distance of the object. 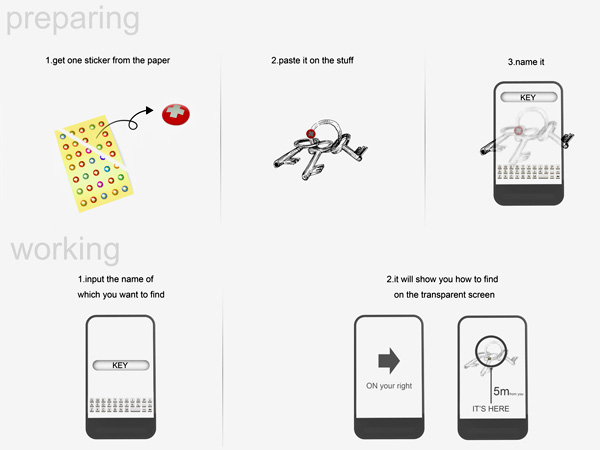 So far Finder is only a concept idea,and before taking it to market there are certain limiting factors to consider. Principally, it is another gadget one must keep track of (placing a Finder tag on the Finder terminal might be overkill for all but the most obsessive of compulsives). Secondly, the strength of a passive RFID transmitter- such as those in Finder’s stickers- is relative to their size, which raises some questions about the effective range of Finder’s locating ability. Finally, if Finder worked via a smartphone app it would be a far more elegant solution and eliminate the need for another gadget.

It seems unlikely that Finder will become an indispensible part of a technophile’s gadget collection, but it offers a welcome alternative to the bulky key finder systems featured in the Skymall catalog.

Why Brand Monitoring Is For Everyone (Read: You)