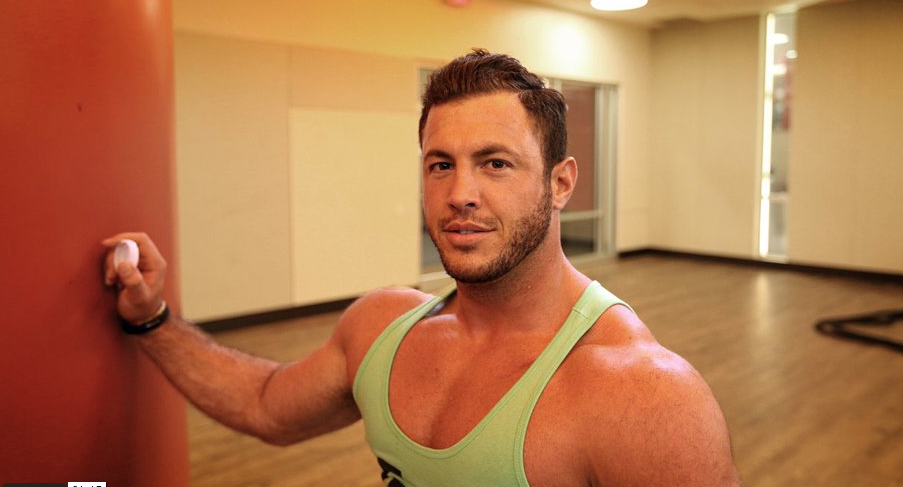 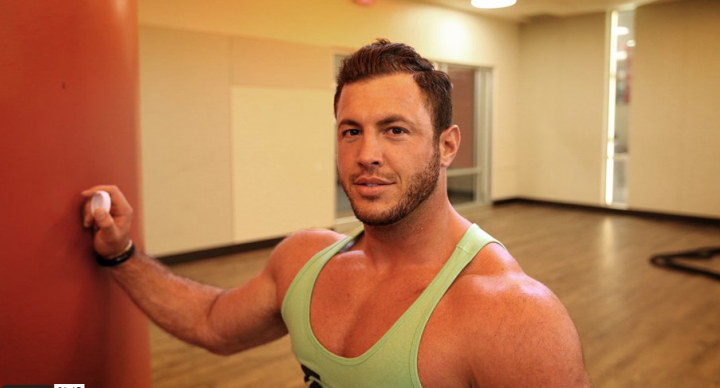 What does it mean to hit rock bottom?  Spending four days in a Los Angeles hotel room with a bottle of Jack Daniels and Xanax is certainly a contender for that title.  That’s exactly what Andrew Bachman did shortly after receiving word that the FTC filed a complaint on him, his former business partner Lin Miao, and a number of companies that they had owned and controlled to stop a mobile cramming operation.

That was December.  To say he was freaking out would be an understatement.  “I was sitting in my office one day.  A guy showed up with a big box of papers and dropped it in my lap,” said Bachman.  “I opened it, and first words that hit my eyes were asset freeze and Tatto Media.”

Bachman tried making a couple of phone calls to people he had been associated with back then to no avail.  “It was a major shit show,” he told me.  “You do something to get on their radar, they will kick your ass, and that’s it. End of story.”

But that’s not the end of this story.  It’s really just the beginning…  So, what do you do in this situation?  Andrew Bachman didn’t know either.

“It was a business that I was years removed from, and it was on the other side of the country.  I was reading through the merits of the case, and they weren’t even facts that I could accept,” said Bachman.  “The position I was painted in, there’s almost nothing you can really do.”

“Was I freaking out, of course I was freaking out,” shared Bachman.  He flew out there to find a lawyer, and he ended up having to call his family to pull him from the brink of something even scarier.  “I had to call everyone in my family to tell them I was in a bad place, just to hear their voices and get back home and get back in check,” he said.  “I felt all the different phases of initial shock to depressed, and then kind of accepting it, and learning what life is really all about. I was lost.  I was definitely lost.”

Fortunately for Andrew, he found a great lawyer who led him through the process.  “I went from feeling what the hell is going on, is someone going to knock on my door and take me away?” said Bachman.  “That’s really crazy shit. I was really lucky to have a great lawyer and just a really great guy who saw the facts, believed I was a good guy, and really fought for me.” 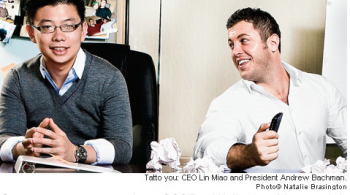 From the February 2010 issue of Entrepreneur

While the FTC did release a settlement agreement for Lin Miao and the corporate defendants, Bachman’s name was not mentioned.  He told me that he has a different settlement, though that has not been released.  He didn’t share specific details, but he did say that he’s lost time, and of course, money.

However, in speaking to him both before and after this ordeal, he’s a completely different man, one who has learned a very hard lesson.  Our previous conversation, he was confident, borderline arrogant, and albeit boisterous.  While he’s still all of those things, I only caught glimpses of it in our latest conversation. In this one, he was more subdued, answering my questions and allowing me to steer the conversation with several polite statements of “whatever you want.”  The pain in his voice was fresh, and he’s spent the last several months in therapy, in his words, “getting to a point where you’re not going to jump off a bridge, you feel that shitty.”

After that, his therapist started to dig, asking questions like do you know right from wrong? What led you to getting here?

“That’s hard to think and talk about and answer,” Bachman shared.  “I wasn’t pulling the strings, but that doesn’t necessarily mean I shouldn’t have asked for more of myself or more of the world, but maybe I just wasn’t ready for that.  Maybe I needed to go through something like that, whether I deserved it or not, or whether people thought I deserved it or not.”

Bachman is now 31, and he’s in a good place, though it’s vastly different from how he spent his 20s.  “For me, what was really important at the time was my ego.  Making sure that I didn’t feel like the nothing I was,” he revealed. “Most important thing was being aligned with people who made me wealthy, so I could have things. I understood that things moved people. Me having things made people enamored.  People are blinded by that stuff.”

And today… “I can go out into a public park in Boston, eat my lunch, chill, and just be like this is really cool, too,” said Bachman.  “It’s nice to just appreciate this.  I was in such a bad place, and I never want to be there again.” 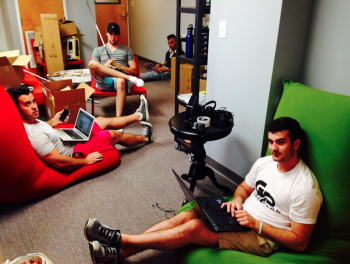 Getting him out of that place has taken a lot of support from his friends and family, specifically his parents, who gave him just what he needed.  “They just embraced me, and it was crazy. It was amazing,” he said.  Plus, his team at his current venture, Game Plan, a nutritional supplement company he co-founded, stood by him as well.

“I have such an incredible team, my co-founders at Game Plan rallied around me. They just saw how in need of compassion and friendship I was when the rest of the world, media, sensationalizes things, and you look like a douche,” he shared.  “They didn’t try to cut my throat, they tried to support me and make sure I was ok. That was what was most important to them.”

While this was a new Andrew Bachman, his mindset is still the same and he’s continuing to do the things that will make him successful again, albeit in a completely different way.  “It goes back to what I said in the last article with you.  You have to know what success means to you and only you.  You have to be strong, and you have to wake up everyday swinging because no one is going to do it for you,” he said.

And as for surrounding himself with smarter people, for which he attributed his previous success…

“Yeah I mean… I’m not the smartest person in the world. I think that people I partnered with I put a lot of trust in. And that’s,” he said, and then stopped.  “That’s neither here nor there.  It was tough. The one thing I was always anxious about when I broke up my relationships with these past partners, was would I ever be able to go out and make money by myself?  Or, was I always going to have to be in a side car, on other people’s backs?” 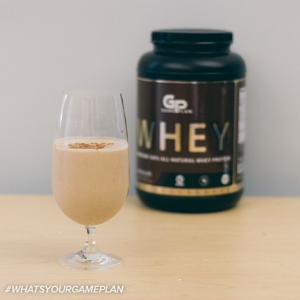 Time will tell whether Bachman can make a full comeback, but it’s looking hopeful right now.   Game Plan has the potential to completely disrupt the supplement industry in a way that Netflix disrupted video rentals.  Not to mention, their products are being used by top professional athletes in the MLB, NFL, NBA and more.  Either way, he’s not going to stop trying, which is even more impressive than him being a 27-year-old wunderkind.

“What’s great is you can learn, and you can do it. It just takes staying confident and staying excited about what you’re doing,” he said.  “People come around you and sense that genuine confidence, and they’re willing to take their machete and hack through the jungle.  What I’m doing now, I’m really passionate about because I know where it’s going.  I’m still trying to surround myself with people smarter and better than me; I’m just redefining what smarter and better means.”

If you’re wondering whether he is a good person, well…  only he and the people closest to him know that.  “I mean it sounds corny, but I’ve always been a good person, and I know who I am and what I am.  That’s just a fact,” he said.  “I went through something that hurt because people didn’t even give a shit when I was successful. They get excited when they are able to say I knew it. I knew it was too good to be true. I knew that guy was a little too suave. But that’s just the haters.”

Unfortunately, we all have haters, whether we deserve them or not.  The question is how you will react to those haters and circumstances you never expected.

“You can’t go through an experience I went through and know how you were going to react and handle it,” said Bachman.  “I’m still waiting for the point where I can look back and say I’m glad that happened.  That was a good thing.  It happened for a reason.  But, 100%, I will get there.”

While I wouldn’t wish for anyone to hit rock bottom, sometimes that’s the beginning of the most beautiful and inspiring stories. And, who doesn’t love a great comeback story? 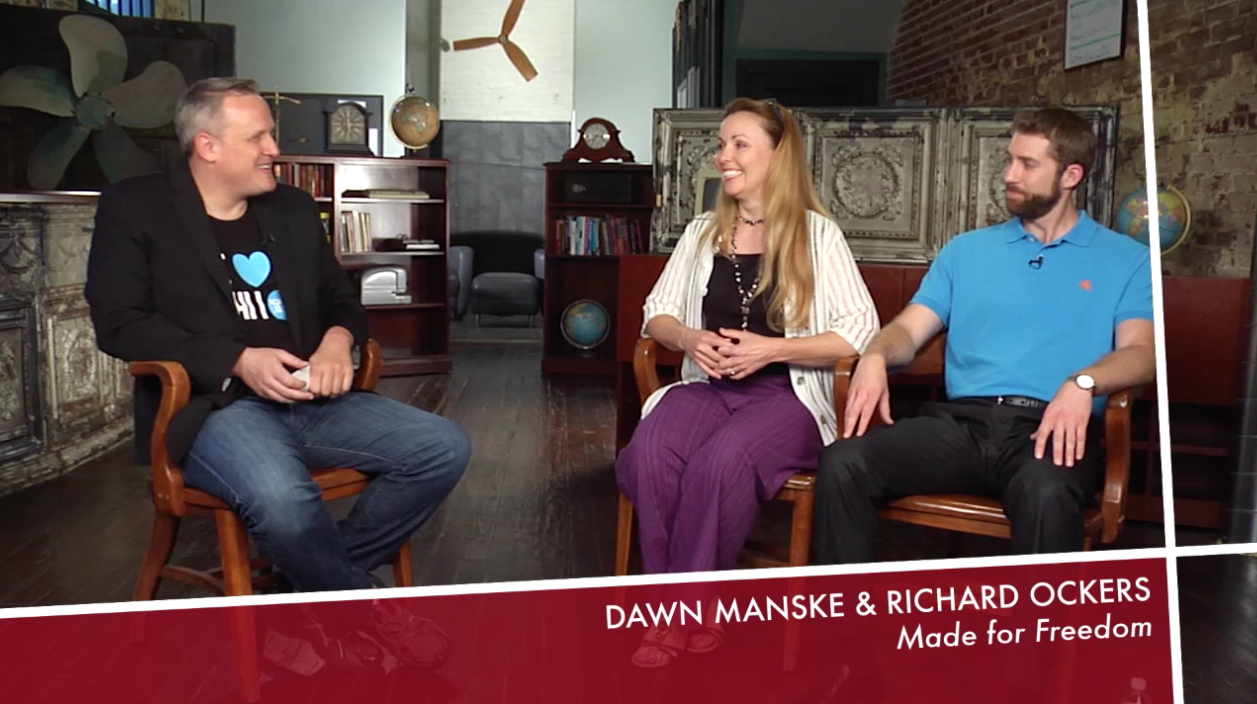