Exclusive: EverPurse Keeps Your iPhone Charged On The Go 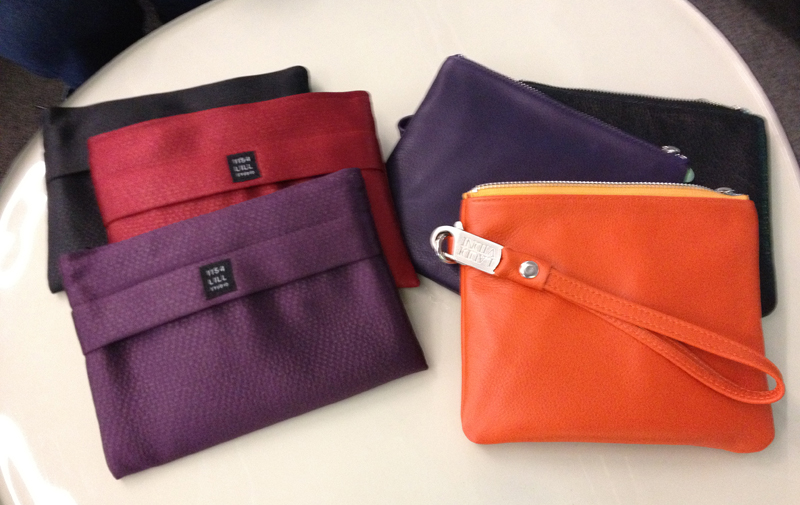 A simple yet brilliant product is making its debut on Kickstarter this week, and Techli has the exclusive. EverPurse, a product straight out of Chicago’s 1871, is aiming to make sure your iPhone never runs out of juice on the go again. The bag is designed with a special iPhone-sized pocket inside that connects to a battery within the lining, charging your phone as needed throughout the day.

The project was started over a year ago by EverPurse founder and CEO Liz Ormesher Salcedo, who sought to create a better way to keep her iPhone fully charged away from home. “I hate having to plug into a huge battery, or find an outlet to charge my phone,” Salcedo said. “I wanted something easier and more convenient, which is why we decided to build a charging device directly into my purse.”

Salcedo admitted that over the past year of development there have been many different versions of the EverPurse, with the very first model starting out as a full-sized handbag. The product now is about the size of a DVD case, designed to either stand on its own or be stowed in a larger bag. “We wanted to make it something that’s universal,” said Salcedo. “Something that you can throw into whatever bag you’re carrying.”

The current EverPurse holds enough juice to fully charge your iPhone up to two times, though Salcedo said they’re working on another version that can hold up to six charges. Best of all, you can simply throw the EverPurse on the included wireless charging mat whenever it’s not in use. Even a few hours between getting home from work and heading out for the evening will make sure your phone doesn’t die on you when you need it most. Salcedo pointed out that having a reliable way to keep your phone charged is a huge safety feature, especially for moms. 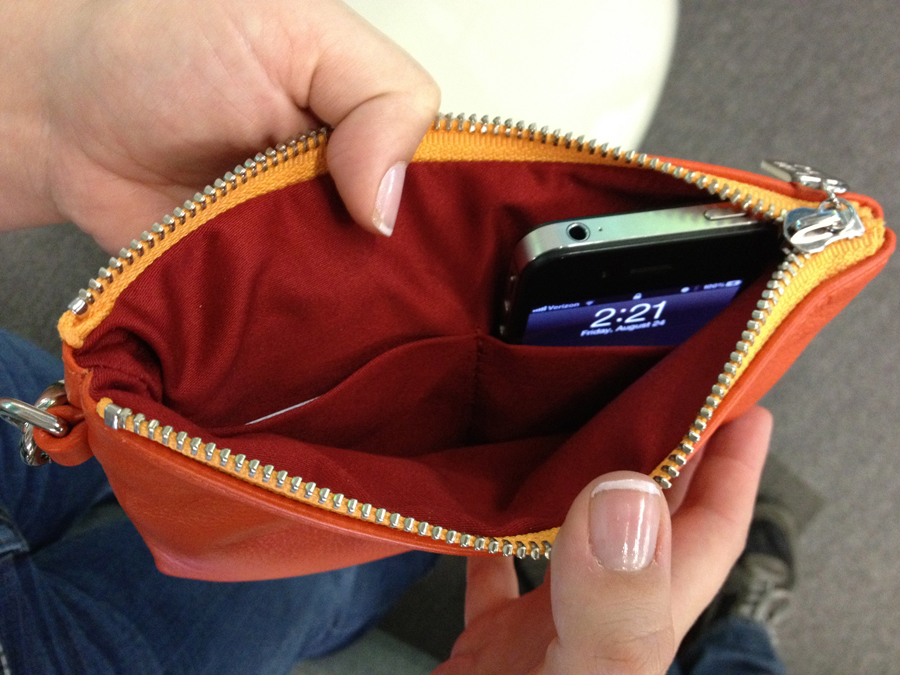 The purses will come in both cloth and leather variants, each in their own set of colors, designed by Chicago’s 1154 Lill Studio and Laudi Vidni, respectively. According to Salcedo, the cloth version will run for $129 and the leather purse will be set at $159, though 200 Kickstarter backers will be able to snag an early-bird special of the cloth purse for only $99, or an early-bird leather for $119.

Salcedo said she chose to launch on Kickstarter in order to gauge the public’s interest in the product. “The ultimate test is whether or not people want it,” she said. “Kickstarter is a really great place to get feedback and incorporate it.” Over the coming months the team will be listening closely to what backers have to say about the product, and will even allow them to vote on additional colors they’d like to see at launch.

According to Salcedo, the ultimate goal is to wholesale the technology to other purse manufacturers, with the possibility of incorporating the charging tech into other items, such as backpacks, in the future.

With the inevitable launch of a new iPhone on the horizon, I asked if the team is concerned at all about the rumors of a smaller dock connector. Salcedo said that they’ll be glad to take feedback on that as well. “It’s something that we’re going to be able to incorporate,” Salcedo said.

The Kickstarter campaign is already live, so anyone looking to grab a cloth or leather purse at an early-bird price should hurry over to the project page. Even if you miss the special, Salcedo assured us that there won’t be any limit on the number of full-price orders. EverPurse is scheduled to make its way into the hands of backers by March of next year, following its month-long run on Kickstarter.

“I am really excited to be able to share EverPurse with other women who have had similar problems with battery life,” Salcedo said. “Making something that will meet their needs and fit their style has been what drives EverPurse to perfection from the beginning.”