Electric Imp Can Connect Everything In Your Home To The Cloud 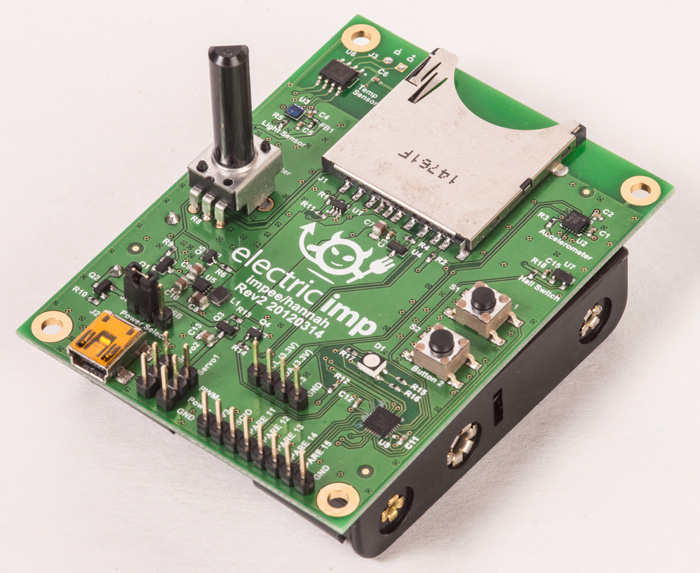 Electric Imp has unveiled a new, standardized flash card that has the potential to connect any device in your home to both your local network and Electric Imp’s cloud network for on-the-go access.

The card has the potential to standardize the currently complicated process of connecting unusual items to a network, like appliances and other household objects. The Imp card has both Wi-Fi and processing capabilities built-in, and can connect directly to a device inside one of three boards, which the manufacturer estimates will cost less than a dollar in spare parts to install.

Once connected, the Imp will be able to interact with your local network and Imp’s cloud service, allowing it to carry out intelligent tasks and provide important information directly to your smartphone or home computer.

A press release from the company gave examples of the chip’s everyday utility, including a washing machine sending you a text once its cycle is complete or a self-regulating irrigation system that adjusts water output based on soil moisture readings. The possibilities to improve everyday devices are truly unlimited, and Electric Imp makes customizing your enabled Imp cards easy with its fully featured web service.

Not only can you create custom code and functions through the website, but you can also access your devices from anywhere outside of your home network, provided that some kind of internet connection is available.

Hugo Fiennes, founder and CEO of Electric Imp, came up with the service after spending many frustrated days trying to implement a simple information display in his bathroom – a process that enlightened him to manufacturer’s frustrations with an overly complicated, non-standardized networking system.

“Until now, creating connected devices was a huge challenge for any vendor,” Fiennes said in a press release this week. “Connected devices were expensive, didn’t play well with others, and were generally disappointing to the consumer. Electric Imp changes all this by bringing the power of an easy to use, cloud-based service to almost any device and allowing the internet to interact with everyday objects.”

A developer preview bundle of both the Imp chip and Electric Imp’s cloud service are expected to launch in late June this year. Electric Imp plans to sell the chip itself for $25 a piece when they become available to the public, with boards ranging from $7 to $25.