Eat Kid Friendly: Eat Out With Your Kids 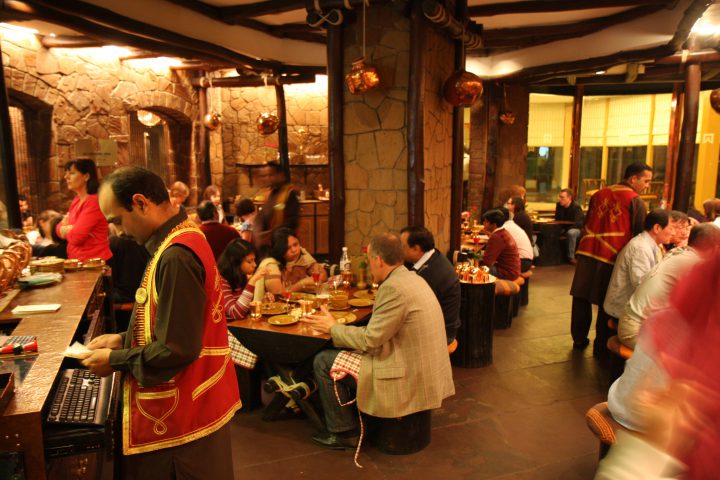 Brandon Lance’s inspiration to start Eat Kid Friendly, a restaurant review website, stems from where probably most restaurant theme-businesses are started – a love of food and restaurants.

“My wife and I love going out to eat, but once we had children we found out that choosing restaurants is a completely different ballgame,” Lance said. “When you don’t have kids, you don’t have to worry about whether there are crayons or highchairs.”

This led to the birth of Eat Kid Friendly. The website allows restaurant-goers to create an account and review businesses based on its kid-friendliness and whether certain kid- and/or parent-friendly amenities (i.e. highchairs, changing tables, group seating, crayons, etc.) are available in the establishment.

“The site really isn’t about reviewing how good your steak was – there are plenty of other places on the Internet to do that,” Lance said.

For a company that just launched in January, it has made quite a bit of progress. Although still technically in a beta-stage, the site is live and more than 100 restaurants in the St. Louis area have been evaluated. Eat Kid Friendly is really focusing on the St. Louis market at first in order to gain feedback about the site’s usability and to figure out what people care about most when determining what restaurants to bring their kids.

The company is currently in the early-stages of the fundraising process – the only outside money the company has received was $10,000 (in both cash and in-kind services) for a small startup competition in Highland, Ill.

Of course, review services on the web are abundant. But Lance believes the niche market that Eat Kid Friendly targets aren’t actively courted by more well-known review services. For instance, he noted Yelp and Google Reviews merely have a Yes/No option for indicating whether a restaurant is kid-friendly.

In the next year or two, Lance plans to target his company toward several large cities, which should help build up a strong base of national advertisers. Moreover, he is working toward giving restaurants more power to control their own page on the website – touting descriptions and even providing video of the child-friendly amenities the establishment offers.

For more information on Eat Kid Friendly, visit their website.