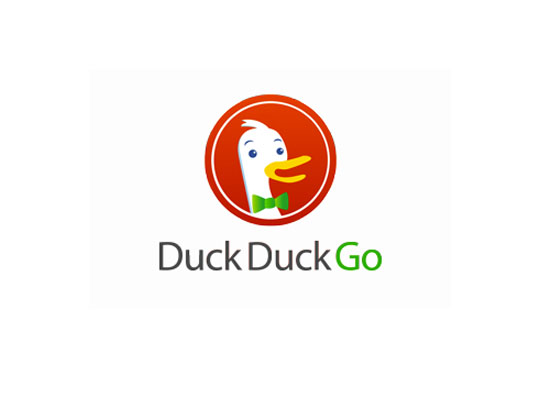 DuckDuckGo, my search engine alternative of choice, recently crossed a huge milestone in their journey to simplify search. The slick search engine received over 1,000,000 direct searches for the first time in the Company’s history on February 13,2012.

We received over 1,000,000 direct searches yesterday for the first time ever!duckduckgo.com/traffic.html

Considering DuckDuckGo was averaging only around 245,000 direct searches per day back in June 2011, this growth is extremely impressive. What’s even more impressive is the comparison of searches from January and February of 2012. The January 2012 average was 630,000 searches per day, while February’s direct search average is around 920,000 a day. 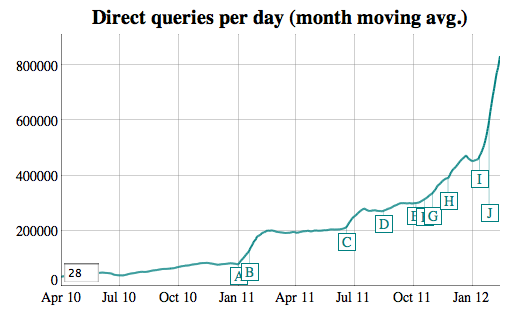 “We’re really proud of our growing traffic. We recently launched a refresh of our visual design and we believe that is helping people switch to us more easily.” said Gabriel Weinberg, CEO of DuckDuckGo.DuckDuckGo makes search simple. Users don’t have to worry about “personalized results” or pay-to-play advertisements when they use DuckDuckGo. Weinberg has a vision for simplistic search, and he’s nailed it with DuckDuckGo.

If I had to speculate about the direct search growth I would have to refer back to my original post covering the Company. Many Google users were fed up with “search plus your world”, along with Google’s new privacy changes, so they sought out an alternative search engine and discovered DuckDuckGo.

When asked about the next milestone for the company Weinberg told me “ We’d love to get 100,000,000 direct searches a month!” If the Company’s growth keeps this momentum, that number won’t look like such a daunting milestone.

See the App: Visual Discovery For The App Store