College Students Turn Need To Save Money Into Startup 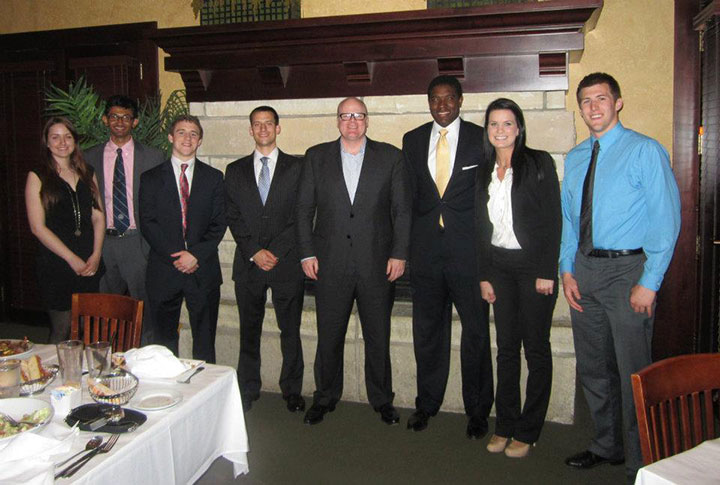 In addition to the pressure of exams, extracurricular activities, and selecting a “valuable” major to ensure career prospects, college students today face enormous stress without considering money.  With tuition costs soaring and an uncertain job market waiting for students after graduation, today’s savvy student learns as much about cutting costs as they do about the liberal arts.

One of the fastest ways to save money on campus is to be picky about selecting textbooks. If a student isn’t sure they’re going to keep a class, or use a textbook, the odds are against them purchasing a book at the beginning of the semester. If they discover they need the book or the class after all, the used books are all gone. Most won’t be inclined to drop the list price at this point and will attempt to borrow it from classmates, which can mean their grade suffers.

When Mike Shannon was studying at Illinois State University he saw a clear way to help students save money, while increasing the profitability of the textbook publishing industry. As a co-founder of Packback, Shannon realized digital technology could lower the barrier to entry for students for purchasing books in higher education.

Students have long preferred physical books despite the advantages of e-books. For years, students have highlighted and scribbled on flashcards, giving the physical format of textbooks a competitive advantage. It’s been engrained in study habits. But the price is an issue. And that’s where Packback comes in, luring students to digital formats.

With Packback, students can rent digital textbooks by the day, starting at just $5. So, if a student knows she’ll only need her psych book Wednesday and Friday, that’s all she has to pay for that week. If she then wants to rent it the entire week before finals, she can do that, too. It’s an affordable way to test the waters of a specific title or make it through the semester without the bitter disappointment of book buy back, which usually only offers a fraction of what they paid.

Their proprietary e-reader software is compatible with all devices. To create the software, Packback hired an in-house team as soon as they had a working prototype. Shannon describes transforming the idea into a startup as “a lot of hustle and grit.” After winning a business plan competition, he and his co-founders, Kasey Gandham, Nick Currier and Jessica Tanuta, started with a pilot program at Illinois State. They surveyed 681 students to discover how many bought new textbooks, which amounted to about 9 percent. Their pilot program resulted in an increase of publisher revenue of 58 percent. They knew this information would help validate their model to a traditionally conservative industry. They also spent a year on qualitative and quantitative research, an investment that meant being able to back up their claims with real data.

They cold-called the president of McGraw Hill Higher Education, Brian Kibby, who gave them their first opportunity. Kibby visited Illinois State in person to get their perspective and see their idea from the trenches. Shannon notes that many companies have moved past the traditional publishing model to the broader field of learning companies.

Understanding the industry was critical in attracting investment from Mark Cuban on Shark Tank. The Packback team knew of Cuban’s interest in ed tech and wanted him as a partner from the start. In addition, he knows how to reach students. Shannon describes his experience on Shark Tank as “incredibly intense.” Even with all their preparation, they answered rapid-fire business questions from 5 strong personalities.

In addition to cold-calling partners in the textbook industry, the team reached out to top entrepreneurs to attract a team of advisors of industry pros. “We talk to students all the time,” Shannon says, “and there’s a lot of questions about when it’s appropriate to reach out to a Vice President. When you’re a student, people can relate to you. We all remember what it’s like to start out. Take advantage and ask for advice.”

It’s paid off for Packback. Their program has expanded to approximately 45 universities, has over 100 campus ambassadors and over 2,500 titles, a number which Shannon expects to grow rapidly. Although legally locked out of college bookstore contracts, they’re starting to consider opportunities at community colleges, whose students tend to have more financial need and lack on campus stores.