HOUSTON, TEXAS — Something revolutionary happened this weekend: the City of Houston stopped complaining about their problems.

From traffic, parking and bike transportation issues to regulations and confusing online databases, city officials and citizens came together to do more than just talk. At the City’s first ever Open Innovation Hackathon, they came to build.

Organized by Jeff Reichman from January Advisors and Bruce Haupt from the City of Houston’s Finance Department, the event summoned leaders from all walks of life. Ambitious high schoolers, experienced developers, NASA team members and even city officials like Mayor Annise Parker gathered at the Houston Technology Center to unite for the cause. 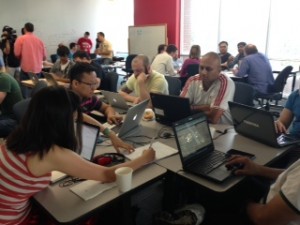 “Sometimes you need to put the right people in a room just to see what will happen,” Reichman said. “It’s no secret that Houston is booming, but our institutions are also transforming.  By embracing and supporting our startup and technology communities, the City can encourage work on projects that will have a big impact.”

In order to encourage work on bigger impact projects, the start of the hackathon also launched the City of Houston’s Open Data Initiative—a program that releases non-sensitive and public city data for creative minds like citizen data scientists and software developers to transform information into useful applications.

As Laura Spanjian, the Mayor’s Director of Sustainability said, “Everything is mobile now. We need to give people more information…The purpose of government is to make your lives better and we want to be more cutting-edge. Thank you for helping us get to where we want to be.”

Over the 24 hour time frame, hackers pitched ideas and formed teams to work on different projects with guidance from on-sight city officials. While the problems tackled were large, the end goal of the hackathon was not to ultimately solve the city’s problems in a day.

“A solution doesn’t happen in a weekend. It’s an evolutionary process…projects begin here but it’s about having it go to the next level and reach the next plateau,” said Ali Llewellyn, International Space Apps Program Manager from NASA. 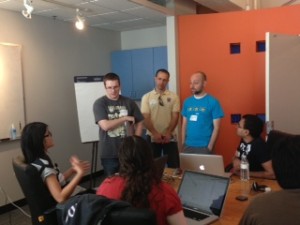 As for NASA’s interest in local events and hackathons? “We’re in the instigator category. We’re not going to be the ones taking on these projects,” said Chris Gerty from the Open Innovation Program at NASA. “Our goal is to talk to our network and connect the people that can make it happen.”

While there are some instances where NASA data can be used on a local level, their involvement here was more about connecting with humanity and supporting the cause.

Though this was Houston’s first Open Innovation Hackathon, it definitely won’t be the last. As Mayor Annise Parker said, “We want to do these on a more regular basis with smaller, targeted events. Keep an eye out for more upcoming events in the future.” 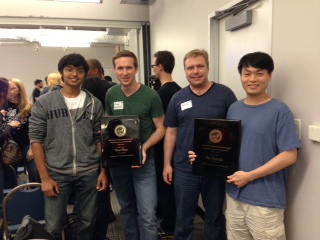 First Place Team   CityWide Fee Schedule took first place with the simple search interface they created for the extensive fee data for the City of Houston. View the website here.

Second Place Team   Alert To Change Houston employs Geographic Information Services (GIS) on an application that allows the user to draw a polygon around their area in Houston, select from categories that are important to them, and receive email notifications of changes. Learn more here.

Third Place Team   GreenSpaceCity created a free, opensource map to highlight existing and potential green spaces in the city that can be used for urban gardens, public harvesting, tree planting, and sharecropping. Check out their site here.

For a complete listing of the projects, visit HackerLeague. 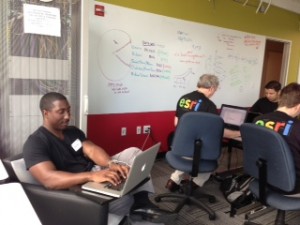 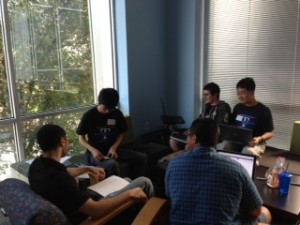 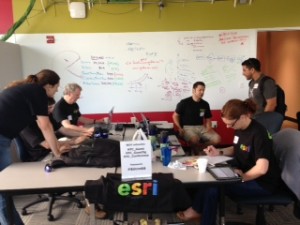