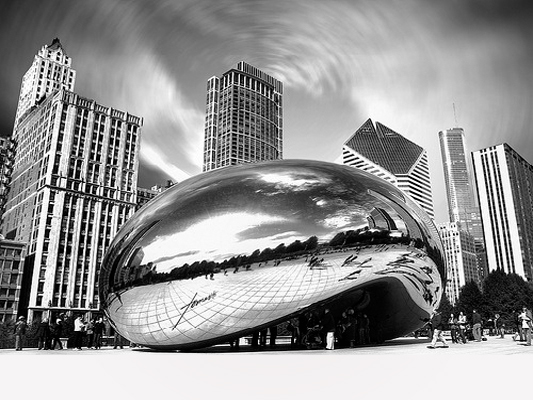 CHAMPAIGN, IL — It’s barely dawn in Champaign, and Yi Chen, 27, is in University of Illinois
professor Logan Liu’s Nanobionics lab, poking delicately at gleaming blue wafers and crunching
phantasmal numbers. Chen’s partner in crime, Rui Cai, 26, joggles the knot of his thatched tie
and gives two tugs to his smart wool coat in anticipation of a two-hour drive for an early meeting
with potential investors. 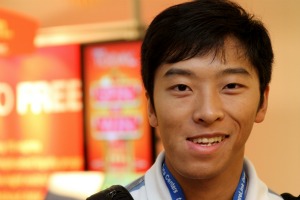 Chen and Cai are co-founders of Effimax Solar, a startup company that is transforming the way
solar cells are manufactured so more light to be captured and converted into energy. Effimax
Solar is one example of many early-stage startups that have been able to navigate through
a wealth of entrepreneurial resources in Central Illinois and take on the startup community in
Chicago.

“I sought all opportunities to become an entrepreneur,” said Cai, who is an August 2011 graduate
of the Masters of Science in Technology Management program at the University of Illinois, “and
that’s how I met my partner Yi Chen.”

Cai unearths a warm smile as he climbs onto the minivan of young entrepreneurs from the
Illinois Launch Accelerator Program heading north to Chicago. Launch is an initiative of the
UI Academy for Entrepreneurial Leadership (AEL) that gives mentorship, grant funding, and
networking opportunities to young startup companies to help them emerge from Champaign as
high growth sustainable businesses. Launch uses the EnterpriseWorks incubator to provide lab
and office space to its startups.

“We’re excited to bridge the gap between the startup ecosystem in Chicago and the community
here in Champaign,” said Amara Andrews, assistant director of the AEL. “Some of the
successful companies out of the University of Illinois traditionally flee to the coasts. We’re
excited to bring them to Chicago and introduce them to the investor community there.” 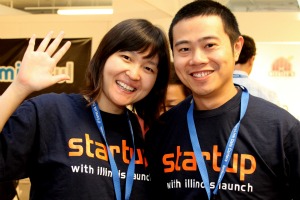 A former rap music sensation in China’s east coast, Cai came to the United States one year ago
to pursue what seemed like a very different career, entrepreneurship — and “it was even difficult
to get involved in daily conversations here,” Cai said. But Cai’s ambition, combined with Chen’s
big picture know-how, helped Effimax Solar take first place in the 2011 Cozad New Venture
Competition. The startup is now in a position to pitch to key mentors and investors in Chicago.

“I had my mind set on being an entrepreneur before I [came] here,” said Cai. “Being a musician,
going on tour, is a lot like running a business. You have to deal with many kinds of people and
make sure they don’t ‘forget’ to pay you.”

“We have a world-class facility here and we make technology,” Cai said.

“Our goal is just to provide resources to students to help them become companies that change
the world,” said Stephanie Larson, program marketing coordinator of the UI Technology
Entrepreneur Center. “We’re really trying to get [startups] to the next step.”

What is the next step for startups born in Champaign County? Andrews hopes they stay in
Illinois and take advantage of the resources that can be brought down from Chicago.

“We want to bring the momentum from Chicago down to Champaign, where we have
tremendous talent on campus in our students and faculty,” Andrews said of Illinois Launch.

Several investors in Chicago are trying to strengthen the connection between the entrepreneurial
hubs of Chicago and Champaign. One way they are doing this is through the newly founded
Catapult Fund, which is an accelerator program that provides funding and mentorship to startup
companies coming out of the University of Illinois. 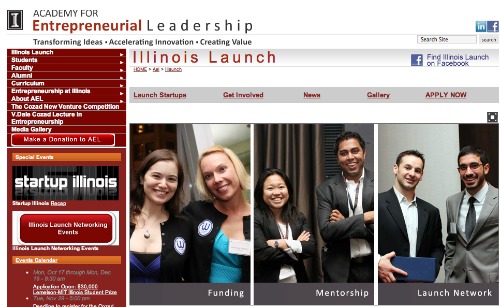 “We do our small part to encourage business creation in Illinois,” said Alexander Goldstein,
a partner in the Catapult Fund and a founder of the Illinois Launch program. “Our role is to
encourage entrepreneurs to start companies, to scratch their own itch, to solve problems.”

The Catapult accelerator program will invest an average of $20,000 in each qualified startup
team, in exchange for two to ten percent of each company’s equity. Participating teams will
graduate in three months.

Other young but thriving accelerator programs in Chicago include Excelerate Labs and
Healthbox, while startup space can be found at the Illinois Technology Association’s TechNexus.
More entrepreneurial resources can be reaped from the Chicagoland Entrepreneurial Center and
Startup Illinois, as well as University of Chicago’s ARCH New Business Incubator. Last week
the Illinois Institute of Technology opened the doors to an impressive new research
facility with space for up to 34 companies. 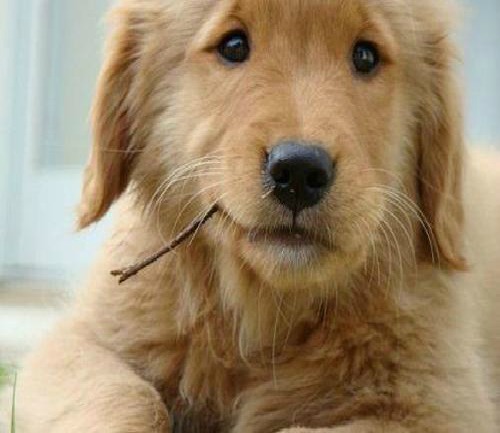 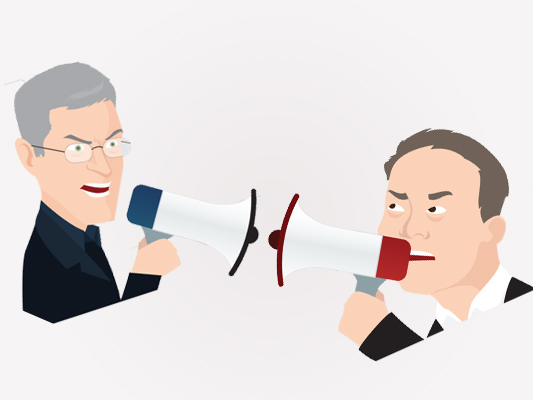