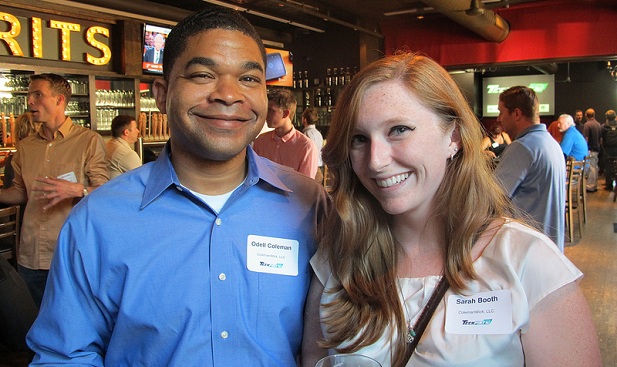 On a recent summer weeknight, the Market Garden Brewery in the Ohio City neighborhood of Cleveland was buzzing with the conversation of more than 150 professionals networking over frosty craft beers. While this scene wasn’t necessarily out of the ordinary, the reason for this particular gathering was novel: It was the inaugural edition of TechPint , a new community-building event for the region’s digital entrepreneurs and investors.

TechPint, whose slogan is “a mini-tech conference in a bar, with pints,” is the brainchild of Paul McAvinchey, the product innovation manager at local startup MedCity Media. Envisioned as a quarterly event taking place in the city’s local watering holes—and inspired by the success of the “mini pub summits” put on by a European tech conference called the Web Summit—it features motivational speeches from successful entrepreneurs, information from local resource organizations, and plenty of chances for networking.

McAvinchey—who was born in Dublin, Ireland, and has also lived in Berlin and Chicago—landed in Northeast Ohio because his wife is originally from the area. While the region’s active startup community impressed him, he saw an opportunity. “As an entrepreneur myself, and someone who’s actively daily dealing with challenges, I didn’t feel like there was something that brought the spectrum of digital-focused people together regularly just in a casual setting,” McAvinchey said. “I started floating the idea at the start of this year, and everybody just thought it was a great idea.”

While McAvinchey notes that the “pints” portion of the event was an attractive draw, the idea that the event is geared specifically for entrepreneurs and investors is more important. “We’re really focused on it being value-driven,” he says. “This is designed for people who are in the thick of things.”

He also understands all too well that startup leaders face unique challenges. “They may have already proved a business model or a product market fit, but may be in this kind of weird chasm where they don’t know their next step. Or perhaps they have growing expectations of their business because of investment money or the staff they brought on.”

McAvinchey believes that in a casual environment, people are more likely to let their guards down, make new connections and share challenges and ideas. “Hopefully, everybody will go away at the end of the night with something new to talk about—or possibly something new to work on.”

Judging by the enthusiastic reception to the first TechPint—the event was sold-out in advance, and there were actually people waiting outside to get in—the excitement around this type of forum is there. In fact, it’s not a stretch to think that the next TechPint (slated for sometime in the fall) should be even bigger. Despite the way technology has made in-person communication optional, McAvinchey’s event is built on the premise that there’s no substitute for offline interaction.

“I’m a big believer in how beneficial it is just to talk to people, how many good ideas and inspirational thoughts can come from just [doing that],” he says. “By getting out there and talking to your peers, you’ll not only discover solutions for your challenges but, more importantly, you’ll just feel better that other people are experiencing these things too. You’re not alone in it.”

Storefront Raises $1.6M Seed Round; Adds NYC To The Mix 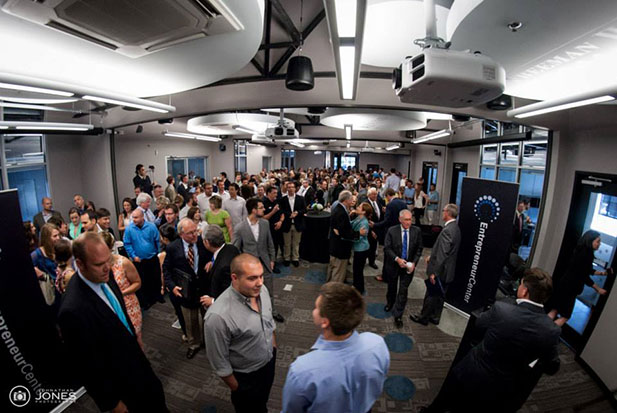