CEO Sundays: You Get What You Pay For – Building a Website That Makes Money 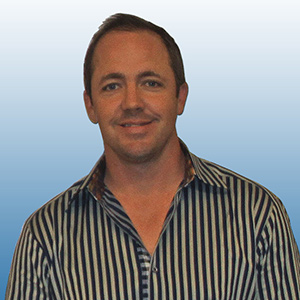 As a digital marketing agency professional, I have been involved with thousands of online businesses. I know what makes them successful, and I also know what causes them to fail. A company’s success goes hand in hand with its website’s success.

When you come across a great website, you can tell. It’s attractive, efficient, and holds your interest. The same goes for sites that aren’t so great — you’re instantly turned off by them. Luckily, there are key indicators to predict how much success a business will achieve because of its website.

Get People in the Door, and Then Make Them Stay

A very visible reason why many company sites fail is an unwillingness to invest in infrastructure. A company might focus on marketing and getting people to its website. That may work, but the website also needs to have something to show for its traffic. It needs to drive sales of the business’s product. In the end, if people don’t buy the product or service proffered, the website is useless. It’s simply a shiny wrapper with nothing inside.

If you were building a restaurant, would you use your budget to get people into the restaurant, or would you invest in high-quality kitchen appliances that would enhance the diners’ experience inside the restaurant? If you only invested in its outside appearance and getting people in the door, you wouldn’t last very long. There has to be substance behind your storefront — or landing page.

Don’t Build on the Cheap

Why do so many people build websites on the cheap? When it comes to building a website, your entire online infrastructure is the very thing that gets visitors, and then converts them into cash. Skimping on that is skimping on possible profit.

Many businesses build their sites by contracting third-party companies to do it for them. They think they’re getting a great deal and saving money, but you get what you pay for. The service can be cheap, just like the cost. Below are some ways companies skimp, and how these methods damage their sites and businesses in one fell swoop:

1. Delayed launches: A supposedly good deal is found, and you think your website is on its way to launch. But the site launch is delayed by four months. What does four months cost you in terms of opportunity? Much more than the money you saved using an inexpensive (and possibly inexperienced) company to build your site. There’s only so much you can do to avoid delayed launches, but you can prevent surprises, or prepare for the worst, if you thoroughly research the company you’re hiring.

2. Speed: The speed of a site depends on how it’s coded. Improper coding might add seconds to a site’s load time, which doesn’t sound bad. But if a page takes longer than three seconds to load, you have a 90-percent chance of a visitor moving on. Make sure the coding is done by someone who is capable and knowledgeable — and ensure it works before it goes live.

3. Sneaky cost increases: Many times, a site-building service will quote too little upfront to get the deal, and later charge a significant amount more. Sometimes, they might even hold the site hostage (or prevent it from going live) until you pay. Be firm about the original quoted cost, and again, talk to current and former clients of the service you’re considering.

Think About These Tips before Hiring a Site-Building Service

If and when you do choose a company to help build your site, you’ll want to focus on these details for quoting purposes:

1. Ecommerce sites: If you’re spending less than $7,500 on an ecommerce site, such as Magento, the deal may be too good to be true. You may be hesitant to spend more, but it may pay off in the end when your site looks — and performs — better.

2. Lead generation: If you are spending less than $5,000, then it’s likely that the firm won’t put in the time necessary to truly develop the site. They may slack on creating a functional visitor base, and they might not pay attention to the type of imagery being used on that base. This all means that your site won’t convert, which won’t lead to any sales.

3. Five bids or quotes: Go out and get five bids or quotes from different services. Throw out the bottom and top quotes. Opt for the people in the middle. I use this technique when I buy wine, but it also works well for choosing a reasonably-priced service to help build your site.

4. The service’s team: Hiring offshore is fine as long as it’s done correctly. My company hires offshore in Europe, but not because it’s cheaper. We do it when it means we’ll receive high-quality employees. Watch out for companies that ship their design work to obscure areas. It might mean that the development portion is done well, but the strategy behind the design simply isn’t there.

Building a functional, attractive, and efficient website for your company isn’t easy or necessarily inexpensive. But if you prepare correctly when considering a site-building service and can afford the cost of quality service, then it can pay off — literally. 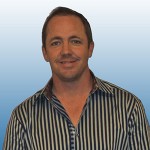 Danny DeMichele is the founder and CEO of Incubate, a digital marketing agency specializing in SEO, PPC, web development, and design.  Danny has been building and managing online businesses for the past 14 years and is a thought leader in the digital agency world. Danny welcomes anyone to reach out to him on Twitter @Danny_DeMichele or onGoogle+.

Thank you very much for sharing this informative blog it is very useful to fresher in the development field.
http://www.phpdevelopmentoutsourcing.com/