CEO Sundays: The Courtship Of Choosing A Business Partner 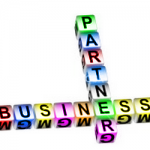 Six years, three startups, and five sets of business partners–being a ‘serial entrepreneur’ has taught me that choosing somebody to share your company is just like finding a soul mate to share your life. The right match balances practicality and passion to help you shine at your strengths, though they may not look like what you expected. Chemistry is hard to predict, but it’s crucial to creating a spark, and finding what works takes patience for some trial and error.

As the third hire at Vocalocity, which eventually became a 2010 INC 500 company, I was fortunate to be mentored by a classic inside-outside team of successful dot-com founders who allowed a former college lacrosse teammate to bring me in and more-or-less run the company together. David, my former teammate and now boss, was somebody I already respected for his even-keeled leadership and strategic vision, but we had never been especially close or worked together on much more than finishing beers after a hard game. He had no way of predicting my hyper-emotional nature, or my tendency to take on more responsibility than I can handle because I think I do everything better than anybody else. I had no insight on David’s preference on tackling problems by brute force over delegation, or how difficult it was to change his mind after an initial gut reaction.

Lesson 1: If there’s a hierarchy, make it clear upfront so relationships can be built accordingly.

We functioned well together, and mostly as equals going about our separate duties. I enjoyed writing and throwing myself into the unfamiliar situations that come with selling a new product – neither of which David cared for – and his practical optimism kept the business growing steadily despite my best-intentioned derailments. Like any budding relationship, we had to develop an appreciation for each other’s quirks and a system for dealing with standoffs. Humor got us through the personality issues. Respect for rank ended arguments with little fuss. David would quip “I know I’m the worst person in the world and you’re the smartest guy on the planet, but I’m going to…” and I’d incredulously return “You’re going to say no, but let me get this out so I can say ‘I told you so’…” As the company grew from three employees to 100+, this system of sarcastic symbiosis served us well for years until we each left the company to pursue new interests in different cities.

Lesson 2: If you can’t laugh about your differences, you’ll never get over them.

Next thing I know, I’m living in Chicago paying my own health insurance as a solo entrepreneur building a company (GreenTechBuyer) that helps property managers understand their green technology options. Suddenly there’s nobody to keep me from driving the money train off a cliff, or to handle the tasks for which I’m not particularly inclined. Working without a net is a quick way to increase appreciation for those who propped you up on a team. My eye for design has astigmatism, and I’d rather crunch out content than the numbers for web analytics. Humbling as it may be, I couldn’t execute effectively doing it all myself.

Lesson 3: Very few major successes are achieved alone, even though one person usually gets the majority of fanfare.

As luck would have it, I met the CEO of a very successful company with an identical business model applied to a different industry, and decided to move operations into their offices en route to a robust partnership. This company had a wealth of resources and knowledge that could surely help my company thrive, but the CEO and I had a terrible time communicating about how we could put them into action. He had his methodologies, and wasn’t particularly interested in changing them to accommodate the new guy with stars in his eyes launching a new venture. Also, he was clear about how much equity he wanted in my company, but not about what would be contributed in return and when. Giving up part of your company is always a queasy part of the startup experience, but it is far easier to absorb when you know what you’re getting in return. Between the poor communication and vague commitments, I felt it best to move on, and did so as graciously as possible.

Next up on the partnership tour was a pair of search engine marketing (SEM) whiz kids who I gelled with better socially and specialized in optimizing sites like mine. They weren’t too keen on committing to the terms of a partnership, but they were all systems go about doing ‘something’ together. We had a great time working in the same space, and I learned a ton about driving traffic and measuring results. They never wanted to concretely define our relationship though, which made me feel silly when asking for help that pulled them off other projects. My company was a distraction rather than a priority, and this made me lose focus too. They didn’t have a passion for the green industry either, which made me feel a bit hollow about the company vision. One again, I split on good terms, but this time with the intent to re-engage on a client-vendor basis when the timing was right.

Lesson 5: If priorities aren’t in line, you can’t grow together.

A bit discouraged, I posted a job on craigslist looking for a business partner with a defined set of skills that offset mine and a passion for the green industry. (Tip: You’ll cut down on bogus applicants by ten-fold if you only respond to cover letters answering a set of very targeted mandatory questions included in the job listing). A few tough conversations with my intern team and tougher interview decisions later, I found Evan. He’s a cross-country biking comic enthusiast with an entrepreneurial itch and the right mix of web skills. We immediately connected on the company mission and expectations for our partnership, and he dove into learning the ins-and-outs of our back-end systems with true intellectual curiosity. I’m the boss, but he has no problem busting my chops when I’m wrong, and I enjoy his kooky perspective. Evan is re-thinking all design-related aspects of the business, and we’re having a blast working together on creative ways to drive viral traffic. Finally, I can breathe easy trusting that somebody else has their eye on the ball.

With Evan shouldering some of the load for GreenTechBuyer, I had more time for other pursuits. Ryan, one of my best friends for ten years, approached me to help him launch a business he’d been developing in stealth. It’s an incredible opportunity on many levels, but Ryan and I value our friendship more than money, so we’ve spent the last few months learning how to draw boundaries between our social lives and business interactions. It doesn’t help that neither of us ever really leaves the office mentally, or that his decisions carry more weight than mine when I’m traditionally the more stubborn person. We’re having fun though, and his gun-slinging big picture vision fits well with my sweat-the-details nature getting things done. When there’s a disagreement, we have a ‘who cares more’ bartering system of “you get this one, but I get the next one”. It’s a shockingly effective methodology when backed by years of trust. Sometimes he has to put his foot down and take two in a row, but I know he’ll laugh it off later when I make a mistake or glue his coffee mug to the desk. Sure, our friendship is different now, but so far for the better.

Lesson 7: Getting in bed with friends is complicated, but it can work out well with boundaries and understanding.

Who you work with is ultimately more important for sanity than what you work on or how much money you make. When things fall apart, you’ll need to lean on a trusted partner to help you pick up the pieces. Choose wisely, because there’s plenty of fish in the sea. But don’t let the good ones get away.

I felt like I was reading about myself here- lots of parallels here with many entrepreneurs I’m guessing!

I thought I was reading something for “relationships” in general, 😀 really a cool post! When you come to think of it, you really pointed out those things that needs to be paid attention to.