Can the Midwest lead the way in today’s growing Healthcare Enterprise Software?

According to a recent report, Healthcare Enterprise Software is quickly on the rise. As an industry, it is expected to reach $8.20 billion in 2023 from $3.50 billion in 2016 with a CAGR of approximately 15.7% throughout the forecast period 2017-2023. As data and patients continue to increase, it appears that this industry may have the answer, allowing hospitals and medical centers to electronically hold and update important information. Moreover, enormous amounts of data can be stored in the software system instead of handling manual records, making the processes more efficient than ever before.

According to the report, North America stands as the largest market, with growth attributed to the extensive use of healthcare software by healthcare professionals and the growing importance of electronic medical records. It may come as no surprise that major players within this field are also North American such as Microsoft Corporation (U.S), Allscripts Healthcare Solutions (U.S), and IBM Corporation (U.S) to name a few.

In light of this, it is fair to assume that we may soon live in a world where tech giants such as Microsoft and IBM will play a more prevalent role in the US’ healthcare system, potentially improving the current system which is in desperate need of change. But this market has yet to be dominated by tech leaders, as many innovative startups are proving, even here in the midwest.

For example, Columbus-based CoverMyMeds – a healthcare software startup founded in 2008 – was acquired by McKesson Corp. in 2017 for $1.1 billion, making it Central Ohio’s first $1B+ exit. This is a shining example for other Columbus-based startups, the Region’s first unicorn exit shows the maturation of the startup scene in Columbus – and in the Midwest in general – and demonstrates how tech companies can grow and succeed in this thriving market, and in this promising region.

But outside the Midwest, a number of other startups are leaving their mark on this industry. Abartys Health, a Puerto Rican health tech startup, provides insurance companies streamlined processes with providers and patient networks. The rising startup was previously featured in Forbes, among other publications. The startup supplies companies with a backend system that manages population data, and, as a value-add, insurance companies offer their healthcare providers and members a system that facilitates interaction between the three, resulting in better communication. 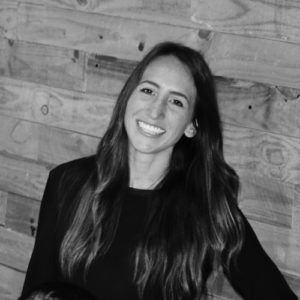 “What ObamaCare did more than anything was to expose the inefficiencies in the healthcare system. These inefficiencies are a problem for any administration, it’s not party specific, and it’s not policy specific. More than anything, the biggest issue we’ve seen is the slow adoption of technology in this space. We have so much technology nowadays, but healthcare is living in the 1960’s” states Lauren Cascio, co-founder of Abarty’s Health, according to Forbes.

Clearly, this industry can have a huge impact on the US’ fragile healthcare system, and the Midwest has the potential to be at the forefront of this change, ready to lead the way with its rising startup scene, along with many other innovative startups throughout the US.