Eco-Friendly, Biodegradable Robot In Development At University Of Bristol

Researchers at the University of Bristol have received a grant to develop an environmentally friendly, completely biodegradable robot. Senior lecturer Dr. Jonathan Rossiter was awarded £200,000 (about $324,000) by the Leverhume Trust to go forward with work on the new robot over the next two years. 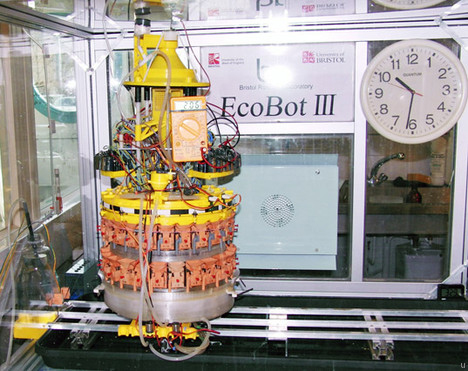 The new project aims to replace current robots that undertake ecological missions, whose electronic remains can be harmful to the natural environments they explore. To prevent harm every robot released on a mission must be tracked so that it can be recovered by researchers once its task is complete.

Rossiter hopes to change all of that with a robot that will degrade naturally like its biological counterparts, eliminating the laborious task of keeping tabs on the machine as it operates in the wild.

“Once a biodegradable robot has reached the end of its mission, for example having performed some environmental cleanup activity following an oil spill, it will decompose into harmless material.” Dr. Rossiter said.

The complications of tracking and the possibility that researchers would not be able to successfully recover and dispose of their deployed machines has severely limited the number of robots that can be released into any given environment. By eliminating the need for tracking, biodegradable robots will allow researchers to simultaneously send a significant number of units out into an ecological space without concern for whether or not it’s possible to recover them.

The University of Bristol press release says the new biodegradable robot could potentially allow for hundreds or thousands of robots to be deployed at any given time.

The university hopes to apply the technology to its current Ecobot projects, which are designed to power themselves through microbial metabolic processes. According to the project’s website, Ecobot I was an autonomous robot powered by sugar, the second iteration ran on a diet of flies, and the third Ecobot featured fluid circulation. Each robot utilizes microbial fuel cells, which generate an electric current through metabolic reactions.

Dr. Rossiter and co-investigator Dr. Ioannis Ieropoulos are set to begin development of the eco-friendly robot this month.

All images credit: The University of Bristol