Big Data And Privacy: A Discussion On Compliance, Tracking, and Transparency 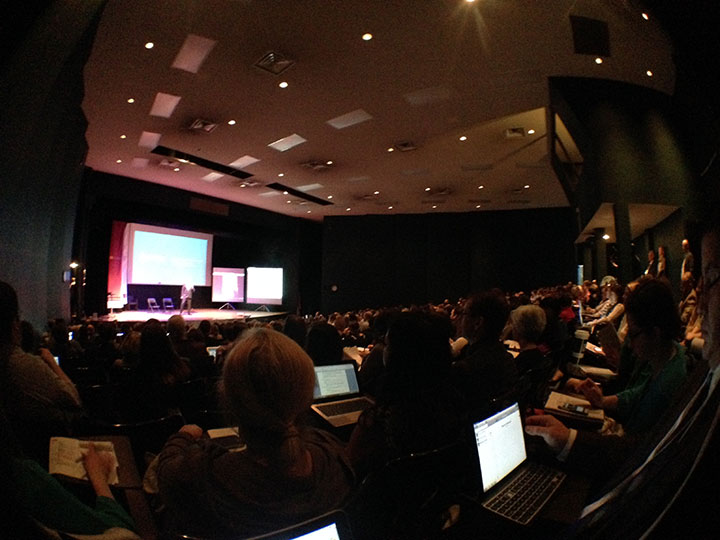 There are many outlets that are professing this as the year of ‘Big Data.’  With the ever-increasing maturity of tools tracking users online, social networking becoming ubiquitous, and the emergence of wearable technology tracking everything from our activity to how we sleep, that’s likely a good prediction.  But, how we use and respond to that data is still being determined and where the real discussion lies. 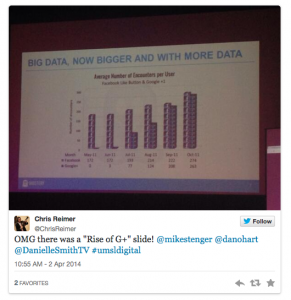 Andy Kahl, Director of Data Analysis at Evidon, talked extensively about how users need to wade in and figure this stuff out for themselves on Wednesday at UMSL’s Digital Media Marketing Conference.  After all, the average retail site has 80+ partners tracking your online activity.  Do we know what happens to that data collected?  Only 12% of consumers in the U.S. ‘definitely agree’ that they are in control of what happens to their data online, and 34% of consumers ‘definitely disagree’ that they have control of their data, according to Kahl’s presentation.

Of course, there are resources for consumers to understand this better with fairly strict regulation around disclosure.  But, Kahl argues there is a rather large difference between disclosure and transparency.  There are laws that say you have to disclose certain things, and there are very narrow definitions of what should be disclosed with very precise requirements.  Because of that, Kahl says “companies are incentivized to disclose they do anything and everything whether they actually do it or not.”

The idea is to cover their bases for anything they might do accidentally and even for a change they might make in the future.  By over-disclosing, if you will, companies are trying to stay a step-ahead in the fast-changing realm of technology.  But that’s where the problem lies according to Kahl.

“So what you end up with is a bunch of companies and websites disclosing all the same things and from a consumer perspective there hasn’t been a lot of protection or real information imparted,” said Kahl.  “It actually reverse incentivizes transparency by creating an ecosystem where companies are careful to comply, but that ultimately doesn’t help the consumer all that much.”

But, do consumers even care?  It’s one of those issues that seems to arise every so often, particularly when a social giant like Facebook makes an update to their privacy settings or policy.  People are up in arms about the situation, then it quiets down, and people continue to use the site they hated mere weeks ago.

From this type of reaction, it’s hard to assess the expectation of privacy.  And, to further complicate that, how does that expectation differ between generations?  After all, millenials often have a reputation for their lack of concern over these issues.  Kahl gives another perspective.

“I think there is a cultural gap in a way, but I think it’s too simple to say that millenials don’t have an expectation of privacy,” said Kahl.  “That expectation is different from those who came before them.  We think about privacy as not sharing personal details about my life or my habits I have, where millenials are much more willing to share that stuff.  The problem comes when the capability for sharing outpaces the expectation for it.”

This begs the question… Is this a cultural change that needs to take place or a legal change?  “A cultural change would certainly serve the purpose, but obviously that’s a chicken and the egg thing.  At what point do our legislators need to respond to culture versus how should they regulate the market?” stated Kahl.  “The change has to come in the short term with the enforcement bodies.”

Kahl explained he feels that enforcement bodies like the FTC and state Attorney Generals should enforce the open spirit of transparency, not the very narrow, precise regulations.  He cited the California Attorney General communicating what they’re looking for in terms of practices for enforcing the online disclosure laws, and he’d like to see more of that taking place. 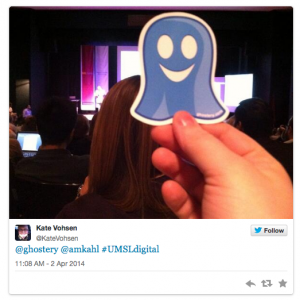 However, this still doesn’t mean that consumers can’t take more control over their own online privacy.  There are tools available, like Evidon’s Ghostery, that allows you to easily see what’s being tracked and give you the ability to block the ones you want to block.  Edward Snowden talked about this particular tool at his virtual talk at this year’s SXSW Interactive conference as one of things that everyone should do.

Of course, should is very different from what a person actually will do, especially around issues like online privacy and big data.  “I think that this is one of those issues that people feel they get in the weeds really quickly. One of the things I’m trying to trumpet is that this isn’t as hard as we’re making it,” said Kahl.  “There are ways to understand what you’re doing, and you can participate in this new quantified world without abandoning any notion of privacy.”

What do you think? How should we move forward with ‘Big Data’ with consideration for a user’s privacy?  Should there be legal changes, is a cultural change necessary first, or is it a little of both as Kahl suggests?

“The challenge will be how that data is put to use and how culturally we respond to the uses of that data,” said Kahl in closing.  “My hope is that we collectively come together and create a situation where it’s done in an open environment where people understand what’s going on and trace it knowingly, instead of a creepy straw that breaks the camel’s back.”