Bandhappy: Take A Music Lesson From A Rock Star 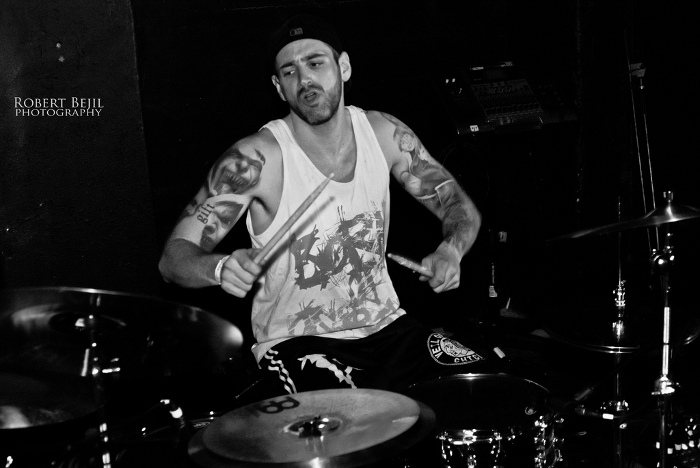 In January of this year, two musicians — one in Norway, and one in Virginia — logged on to a video chat system and held one of the first of a new type of online music lessons. The teacher wasn’t culled from a flier at a local music shop; rather, it was Mark Holcomb, who plays guitar in noted progressive metal band Periphery.

Facilitating the lesson was Bandhappy, the brainchild of Jonathan Rivlin, a classically-trained clarinetist and touring-musician-turned-CPA, and Matt Halpern, who currently plays drums in the same band as Holcomb. The idea is simple enough: Dedicated fans are likely enough to buy merchandise or concert tickets, but jump at the prospect of one-on-one face time — opening up a whole new revenue stream for struggling artists.

“When I was a kid, if you’d have told me that I could take a shredding lesson with an actual touring shredder, I would have spent every dime I had,” Rivlin said. “I tried so hard to find a teacher from my home town that would show me how to shred and just couldn’t find the type of instruction I wanted.”

Musicians offering lessons on the Baltimore-based site, which is greatly slanted toward heavy metal, include members of established bands Lamb of God, Shadows Fall, and Textures. It hosts vocalists and producers, in addition to instrumentalists.

There’s a stereotype that musicians can be flaky, which Bandhappy incorporated in its payment scheme. Once a lesson has been purchased, the funds are held in an escrow account (the site keeps a 15 percent commission for completed lessons.) If the student doesn’t show up, the teacher can choose to reschedule or collect the charge; if a teacher drops the ball, the student can reschedule or opt for a refund.

The long-term idea behind the product, which is currently bootstrapped, is to use contemporary technology to foster a sense of community between artists and bands beyond the cattle corral of rock shows — a notion Rivlin called a “virtuous cycle,” a term in economics for a favorable feedback loop.

Ultimately, he said, they’d like to see it become a “community exclusively centered around music and music education that would enable musicians to earn a living from their music while giving fans the ability to study with their favorite musicians.”

In a certain sense, Bandhappy is also an attempt to rectify a serious revenue problem for touring bands, which often play packed gigs at night, but rely on t-shirt sales to break even — an immediate problem for Halpern, who tours regularly with the frenetic Periphery, and one still fresh in the mind of Rivlin, who recalls having “long hair and pierced ears” before he took on a less chaotic career.

The duo’s insight into the music industry grind plays out in other ways. The site also has a feature to arrange in-person lessons with members of touring bands, in an effort to monetize the downtime around an evening’s set.

What a great concept..to be able to give music lessons through live video stream.
http://www.musiciansbuy.com