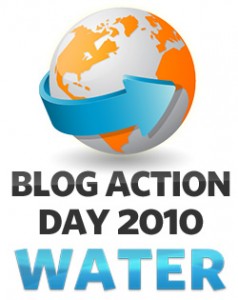 Ok, so maybe neglecting to shower isn’t the best way to make an impact.  However, I do think it makes the point that we live in a country where we can decide when we can take a shower or drink water.  This is not the case in many places around the world which is sad and disturbing. While we should all consider using less water in general due to shortages across the globe, we should consider doing more to help the cause.  Here are some statistics to make it real.

I’ve recently taken interest in charity:water mostly because they claim to use 100% of public funds donated to directly fund water projects.  If that is true, and I haven’t heard otherwise, then it is a fantastic organization.  Candidly, I don’t understand how they keep the lights on but I would assume they have deep pocketed private and institutional investors which is why they can use 100% of PUBLIC funds towards the projects.  In any case, I think it’s a great charity and one that everyone should consider when making that next charitable donation.  In fact, now is the perfect time to shed some weight from your purses or wallets or money clips or bed mattresses or … ok, I’ll stop.  You get the point.  Now is the time to donate so you can claim on this years taxes.  I hope everyone will consider the effect that water has on our society, the environment and every living organism.

This post was in conjunction with Blog Action Day 2010 which is dedicating today, October 15, to the water shortage that plagues the world.  What did you do today?

I had the pleasure of hearing Scott Harrison present at this year's Big Omaha conference and to say the presentation was moving is a huge understatement.

I highly encourage you to watch the presentation here: http://www.siliconprairienews.com/2010/09/big-oma…

Scott explains how they fund themselves (they actually have two bank accounts – 1 for 100% of the funds to go to the wells and 1 to pay the employees/run the company) and explains the entire backstory of his life and how he got into the idea of charity:water.

Tim,
Thanks for the link to Scott's presentation. It was amazing. Very insightful and inspiring.

And I already showered…darn. haha- great article though, thanks Chad!