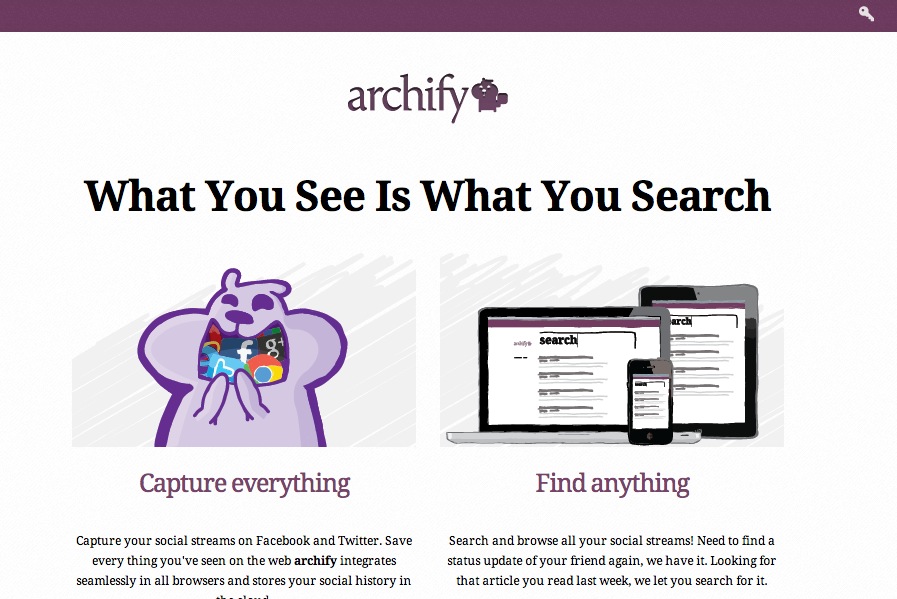 THE GIST: Archify is a service that allows you to keep track of all your internet history in one place. Once you have an account, Archify runs in the background as a plug-in for the browser of your choice, keeping tabs on the websites you visit across the internet, along with the things that are happening within your social networks like Facebook and Twitter. It’s a really handy tool for anyone who finds themselves searching for the same things repeatedly, or for anyone who’s ever had to dig through the minimal resources of their browser’s history feature to find that one obscure link. Archify keeps it simple, where searches can be narrowed down to the previous day, week, month, or a specific range of dates, showing both thumbnail images of the websites you’ve been on as well as links back to the material. For anyone worried about security, Archify does not cache HTTP Secure links, URLs you’ve black listed within the program, or anything viewed in a browser’s incognito mode. It’s a full featured web history service, and best of all it’s free.

BUSINESS MODEL: Archify is currently in its beta stage, though once the service becomes public BÃ¤ck plans to offer payed accounts to users. Free users will still have access to all of Archify’s features, though paying users will have significantly more storage.

COMPETITION: BÃ¤ck said the company’s strength is found in its niche service, as well as under the hood.

We have a very unique search algorithm. Archify is a cross-device and cross-platform service. And finally we are combining the need to search your browsing history with the streams of your social networks.

BACKSTORY: The idea for Archify came to BÃ¤ck while he worked as a consultant between startups.

Most of the time I was looking for stuff and reading on the web, but I often ended up doing the same searches to find that article, chart or presentation again. I tried bookmarking, but I could never predict what would be useful in the future and how to find it again. So I finally came up with the idea of storing everything I browse, and everything that happens in my social group.

BÃ¤ck’s project drew immediate attention from its first audience; at a BarCamp (essentially a small, workshop conference) where he first showcased the idea he received 150 email addresses from interested parties.

INVESTORS: Currently the startup is bootstrapped, though they are part of Startupbootcamp Copenhagen, a European startup accelerator.

TARGETED CUSTOMERS: BÃ¤ck admits Archify is for anyone with an “imperfect brain.” Anyone who has to spend thirty minutes scouring Google for the funny panda picture they saw a day ago, or that perfect article you need to show your friend before the topic of conversation changes. BÃ¤ck said the forgetful and disorganized aren’t the only people they’re targeting. They’re after those customers who had the same problem as BÃ¤ck once did, the re-researchers who frequent the same pages every day. “We’re focusing on knowledge workers like scientists, journalists, or researchers first.” 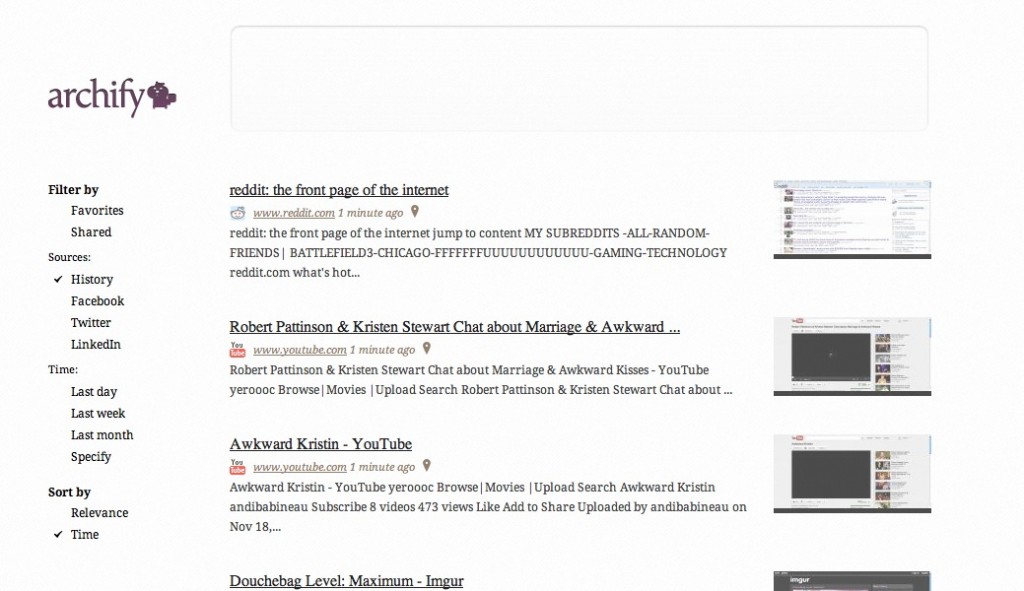 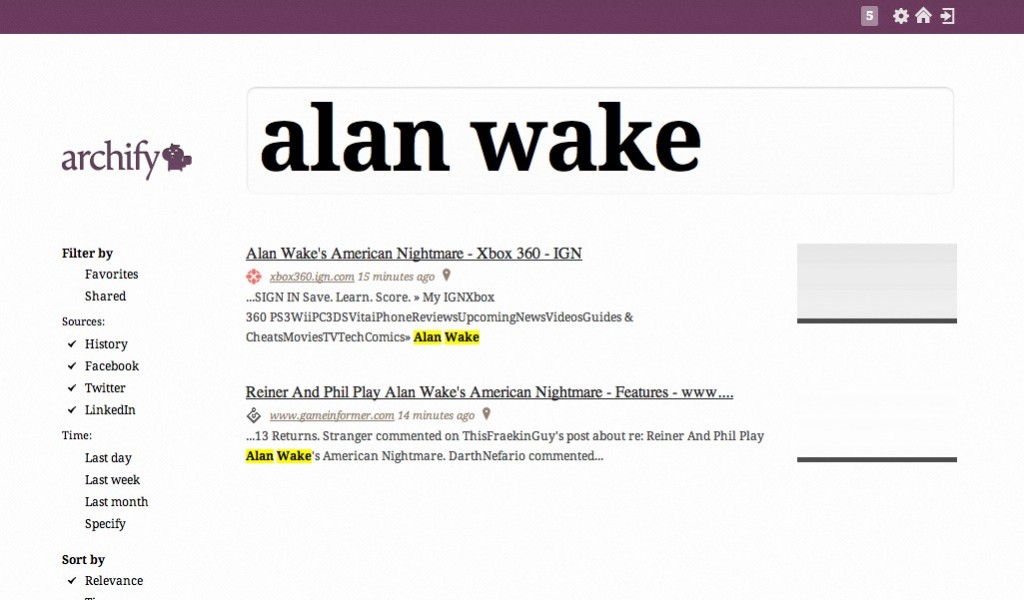 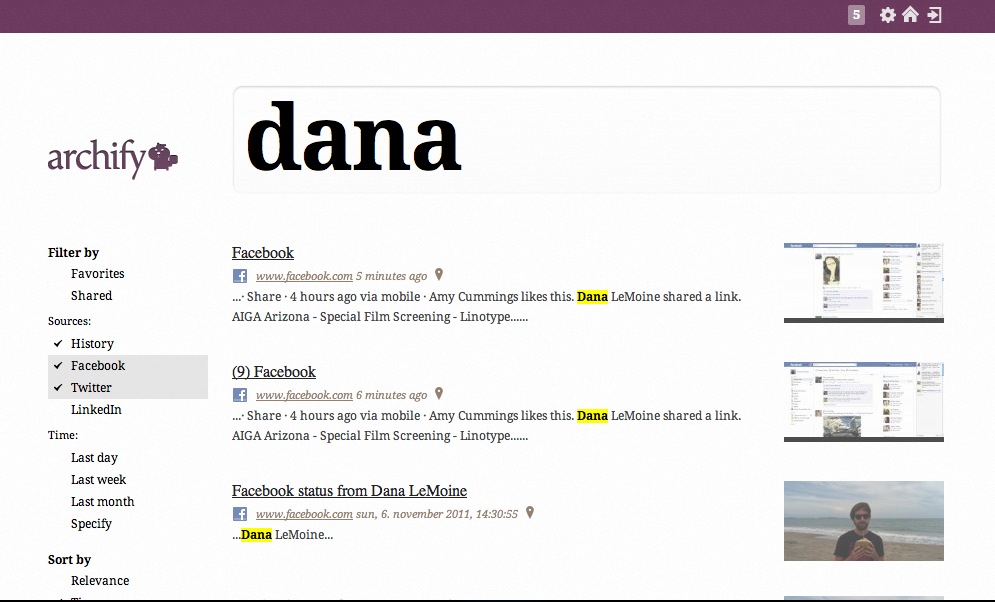 Candidate Report Card: How Tech-Savvy Are The Republican Candidates?