Duo, an Ann Arbor-based security company, has come out as the top startup, on this list, within the Midwest and took 18th position overall.

The report produced by LinkedIn under the title “The 50 industry disruptors you need to know now,” assessed companies from all over the world to compete in this list.

In order to be eligible, companies must be 10 years old or younger, have at least 100 employees, remain independent and privately held and have at least one round of venture-backed funding. From this LinkedIn and CB Insights compiled a global list of nearly 25,000 eligible venture-backed companies.

Duo, a company that describes itself as a combination of “security expertise with a user-centered philosophy,” boasts high profile clients, such as Facebook and Yelp, along with more local, Midwest clients such as Threadless.

The list also featured a number of top Chicago startups including G2 Crowd (20th), Uptake (26th)  and Sprout Social, Inc. (36th). What makes this particularly impressive is the level of global competition here. The fact that four startups have all managed to secure a position on this list, directly in competition with startups of a similar size from all over the world, demonstrates the strengths of the Midwest’s startup ecosystem. 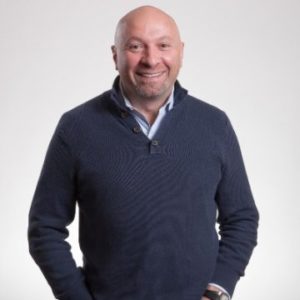 According to Michigan Live, Duo partially attributes its growth in employees and users, to the embrace of its Midwestern roots by “enforcing a ‘no jerks’ policy and gives each employee a personal candy pack from Zingerman’s, the famous local deli, on the first day.”

Moreover, Raffaele Mautone, Duo’s chief information officer, said in an email to The Ann Arbor News they are proud to be the highest-ranked cybersecurity company and to represent Michigan in the listing. He stated, “This is further proof that the talent coming out of our world-class universities can find a rewarding technology career right here in Southeastern Michigan.”

This title adds to the company’s recent achievements as it previously announced that its latest round of funding has increased its worth to an impressive $1.17 billion.