ACLU: Does The Government Think It Can Read Our Email?

Apparently it does. The human rights watchdog filed a lawsuit against the federal government in June under the Freedom of Information Act with the hopes of determining to what extent and under what circumstances the government reads our electronic communications without a warrant.

In the ACLU’s own words: “While there is reason to believe this practice is widespread, there is much we don’t know about this government eavesdropping: when it happens, how often it’s done, who they’re watching, how long they monitor these communications, and what policies they have established regarding this monitoring. Through the lawsuit filed today, we hope to find out much more.” 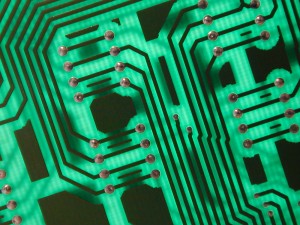 While the fourth amendment guards against search and seizure in the context of “persons, houses, papers, and effects,” the over 200-year-old paragraph failed to predict the advent of electronic media such as email, text messaging, and private conversations on social media websites, leaving the door open for potential abuse.

Just how wide open this door really is remains a mystery which the ACLU hopes to bring to light with the lawsuit. The agency claims that “there is absolutely no justification for secrecy when it comes to how the government is applying the law and the Constitution. The rules concerning government access to private communications touch on some of our most fundamental rights and must be openly and democratically decided. It’s hard to understand how to improve the law when we don’t even know how it’s currently being used.”

The lawsuit followed after the ACLU took efforts to solve this problem outside of court. In February last year it filed an FOIA (Freedom of Information Act) request with the IRS and the Department of Justice to release documentation either linking unwarrantable government searches or searches themselves. The ACLU filed the lawsuit in mid-June after both agencies failed to comply.

What kind of technology does the government use to read your emails? These tools include pen registers and trap and trace devices. The former is originally defined as an electronic device that records numbers called from a certain phone line. The United States Code has since adopted it to mean any device “which records or decodes routing, addressing, or signalling information transmitted by an instrument or facility from which a wire or electronic communication is transmitted..”

The second device, the trap and trace, is officially defined by the United States Code as an electronic device “which captures the incoming electronic or other impulses while identify the originating number or other dialing, routing, addressing, and signaling information.”

These tools are powerful; they could be used to snatch IP addresses, call details, and browsing history. And legal action taken against abuse is still a distant cry from the care taken under the fourth amendment against unreasonable search and seizure. For example, under the Pen Register Act, which placed restrictions on who can use these monitoring devices, violators only get about a year of jail time. And whatever unlawfully obtained evidence against someone can still be used in court to incriminate them!

According to the FOIA’s website, the act was passed to ensure that citizens remain “in the know about their government.” Are we hitting the tip of a shadowy iceberg? Only time will tell.